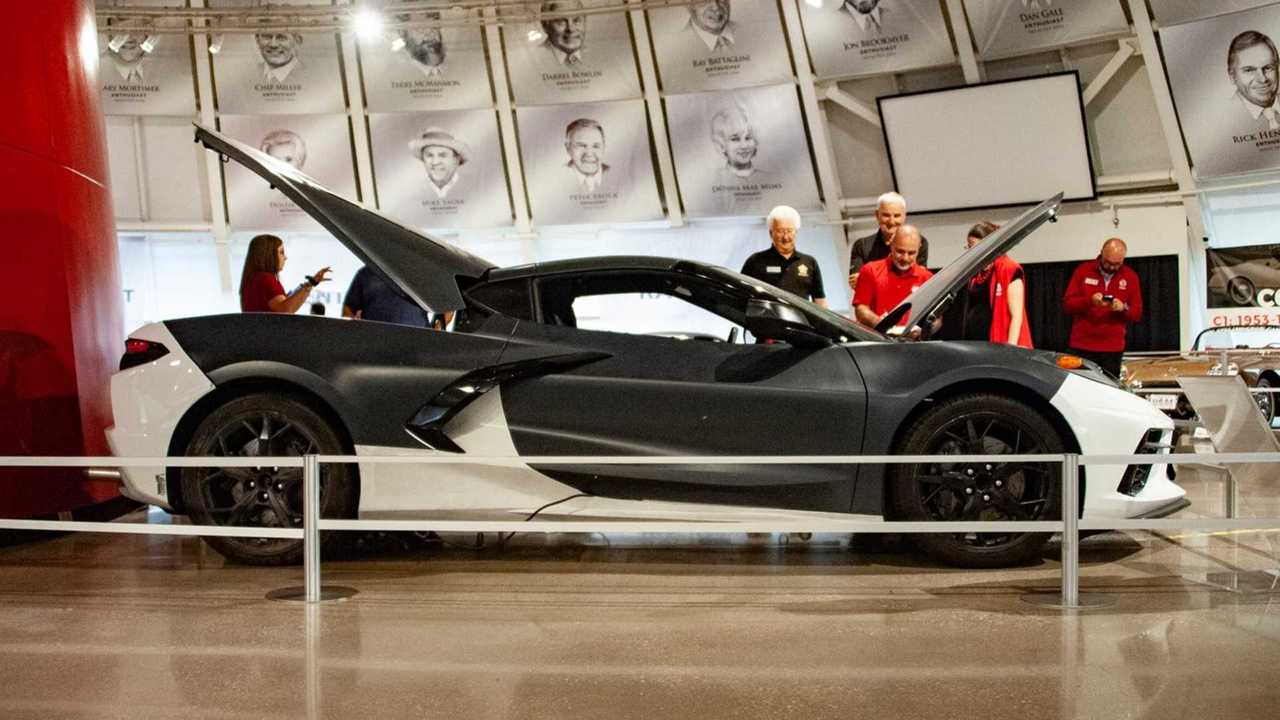 More than a month after the debut of the Chevrolet Corvette C8, the excitement surrounding the first-ever mid-engine generation of the car is still in the air. The first customer examples are not delivered yet but we’ve already seen a few examples on public roads and closed tracks, including a 194-mph run by Corvette's Chief Engineer Tadge Juechter presented at the National Corvette Museum's 25th Anniversary. That’s not the only gift for the museum’s anniversary as it has become the first place outside General Motors’ facilities to exhibit a Corvette C8.

It’s not a production-ready example but a prototype built in 2018 for powertrain development. It was used primarily at the Milford Proving Ground and is not even featuring all of the model’s final exterior components. It’s a two-tone mule with white bumpers and skirts, and you can even see the lighting clusters are the ones that Chevrolet used during the testing phase. Also, the 6.2-liter V8 engine of the vehicle is outfitted with test equipment to record data during testing on track at the proving grounds and you can also see the unique exhaust system.

The NCM Is Celebrating Its 25th Anniversary:

The museum plays a major role in the promotion of the new generation ‘Vette. Aside from the top speed run video presentation from this weekend, the NCM also displayed official sketches that led to the final production design of the C8. Kirk Bennion, the exterior design manager of the supercar, made a comprehensive presentation, revealing that when Chevrolet debuted the C7 Corvette way back in January 2013, there was already a full-size C8 clay mockup being evaluated at GM’s secluded design studio.

The Corvette C8 will at the National Corvette Museum on permanent display. Joining the prototype is a full-size clay model of the Corvette C8.