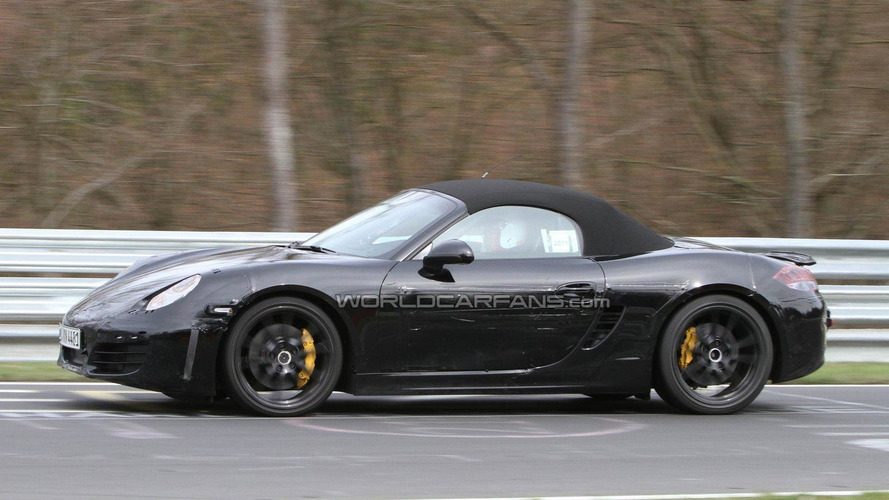 New cab-forward design will make the Boxster more distinct from the 911 and Porsche is developing a new straight-four power plant for the next-generation model.

Car magazine has the scoop on the upcoming 2012 Porsche Boxster model.

According to the British mag's sources, the next-generation Boxster, also known as the 981, is being conceived almost entirely from scratch.

The Boxster will also feature some unique styling cues on its front and rear fascias, its own headlamps and taillights, a new side air intake design and a steeper windscreen. All making the model very different from the 911.

But the real distinct factor will be a new flat-four power plant that Porsche is developing that will be a flagship engine of the next Boxster and Cayman models. The four-cylinder unit will displace 2.5 liters and feature a larger bore than on the current 2.9 liter engine. The 2.5 liter will be twin-turbocharged up to around the 360 bhp (268 kW / 365 PS) and 347 lb-ft (470 Nm) of torque mark.

But Car magazine says the new 2.5 liter straight-four will come in various performance stages, which may mean it will eventually replace the 2.9 liter unit altogether.

The new Boxster is scheduled for a debut at the Detroit auto show in January 2012.