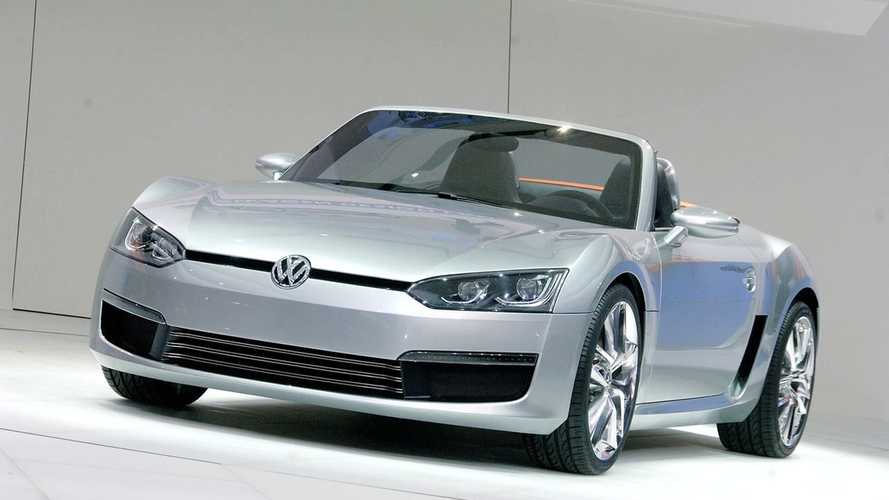 Volkswagen still doesn't want to come out with a small sports car in the same vein as the 2009 BlueSport concept.

Volkswagen still doesn't want to come out with a small sports car in the same vein as the 2009 BlueSport concept.

The company's development chief Heinz-Jakob Neusser told CarAdvice during the ongoing IAA in Frankfurt that he likes the idea of a small, affordable sports car like the roadster concept showed several years ago, but that won't come to life as a production car due to a weak demand in the roadster segment.

He actually said a production-ready, mid-engined roadster is ready but the car does not represent a viable business case and as a consequence we won't see it on the streets in the near future. In addition, Neusser said that such a model would have to face some stiff competition coming from reputable players in this segment such as the Mazda MX-5.

That doesn't mean the BlueSport won't ever morph into a production car as Neusser hinted the BlueSport was envisioned to be based on the MQB platform so there are some chances it will hit dealerships one day. He also said that we should expect to see more sporty models from Volkswagen in the future, but he declined to go into any details. One of the models he was referring to is a production version of the Golf R400 concept while a Passat R is also being analyzed.