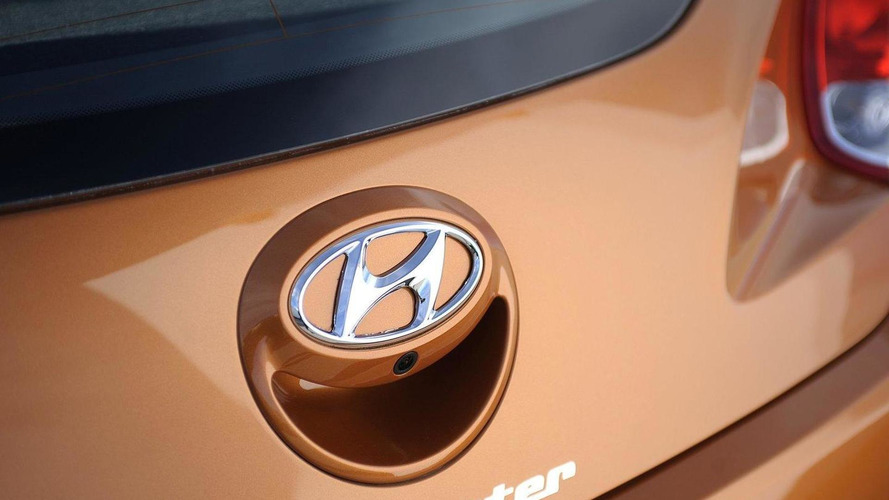 Hyundai's highly-anticipated Veloster has been officially unveiled at the North American International Auto Show in Detroit.

Designed to compete with the Mini Cooper and Scion tC, the coupe features motorcycle-inspired styling that is highlighted by black A-pillars, muscular wheel arches, LED-infused headlights, a center-mounted dual exhaust, and 17-inch alloy wheels (18-inchers are optional).  While Hyundai calls the Veloster a three-door coupe, the car actually has four-doors as there's two traditional front doors, a hatch, and a unique forward-hinged rear door (on the passenger side) which improves access to the back seat.