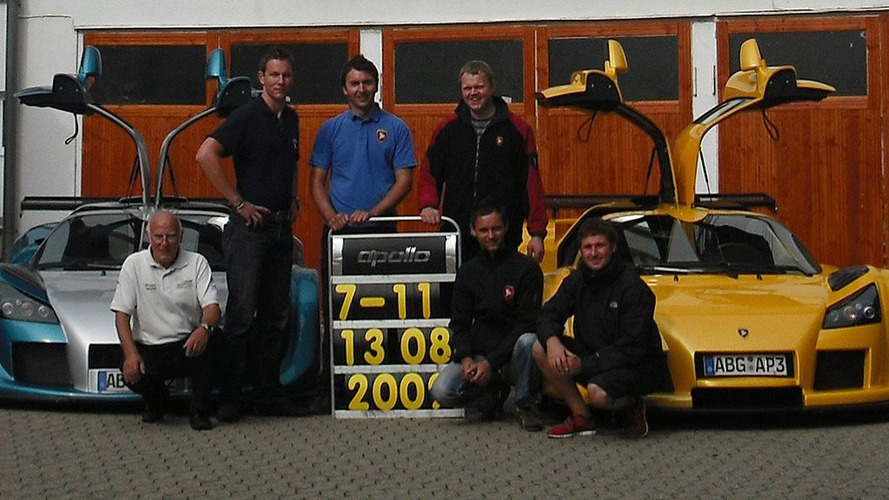 The Gumpert Apollo Sport has set a new lap record for a road-legal production car at the Nürburgring-Nordschleife track as timed and reported by German magazine Sport-Auto.

The Audi-powered Apollo Sport was piloted by 26 year-old driver Florian Gruber on August 13th as the record time of exactly 7m11.57s was set. According to Sport-Auto the record was previously held by Michael Düchting clocking in 7m14.89s on a Donkervoort D8 RS06 in November 2005.  However, if our memory serves correctly, wasn't it the Radical SR8 in road legal trim that clocked 6m55s?

Roland Gumpert, a former VW executive, started Gumpert back in 2004 in order to create track-ready and track-worthy supercars that were also street legal.

Road tests for the Apollo Sport are scheduled for mid-September. A release date has not yet been announced.