Mid-engine Chevy Corvette and next ZR1 spied testing together

Two of the most anticipated American sports cars are under development side by side.

The engineers in charge of the Chevrolet Corvette are keeping very busy this winter by developing several versions of the sports car at once, and these spy photos offer a fantastic look of the mid-engine model and future ZR1 testing together. This is our first opportunity to compare them next to each other.

With its short, sloping nose and long rear section, Chevy is taking a familiar supercar design approach for its mid-engine Corvette. The undulating camouflage on the bulging hood suggests there might be an intake there or the designers are going for a highly sculpted shape. Two bubbles in the roof give the driver and passenger more headroom while keeping the center section low. 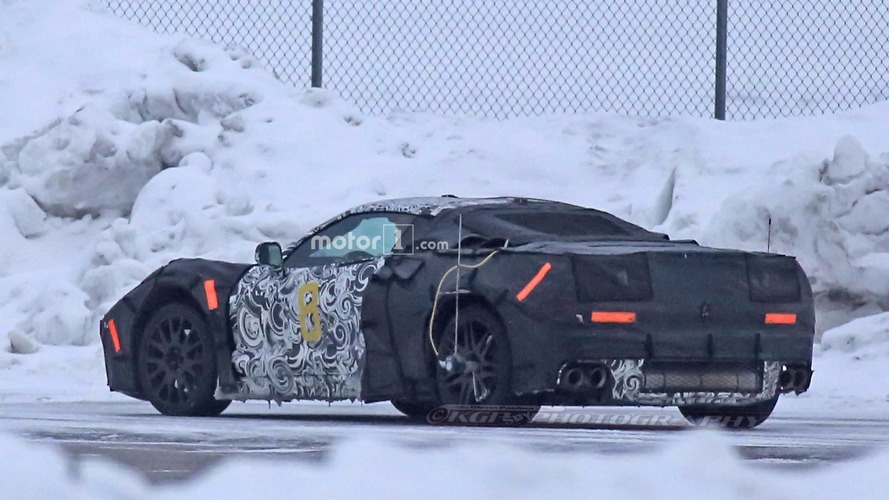 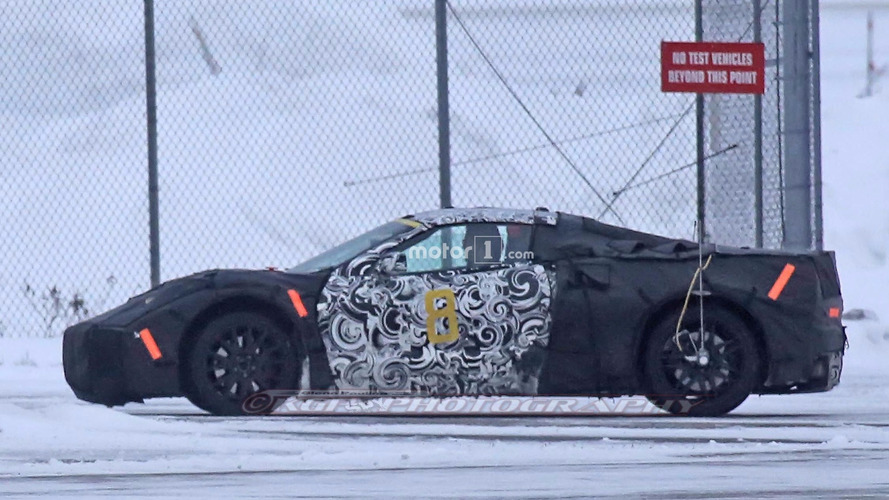 Openings in the concealment along the rear fenders hint that there might be intakes there for feeding air to the engine. The camouflage at the tail hides the lights but keeps the taillights relatively unhidden. The quad exhausts and exposed muffler look good, but it's surprising not to see a big diffuser or wing back there. These aerodynamic devices are largely the norm at the rear of many super cars today.

When not on the test track, these spy shots show that Chevy is keeping the mid-engine Corvette highly camouflaged. Not only does a massive covering completely hide the shape of the body, but the company also has a pair of pickups flanking the much-anticipated vehicle.

In comparison, the ZR1 appears to sit slightly higher than the mid-engine 'Vette but still looks mean. These shots show it with two separate wings – an incredibly tall one with large end plates and a smaller example. The ZR1s here feature bulging hoods and aggressive front fascia designs.

We expect the ZR1 to arrive late in 2017 as a 2018 model year vehicle, and it might use Chevy's new LT5 6.2-liter dual-overhead cam V8. The different wings hint that there might be an even hotter performance package.