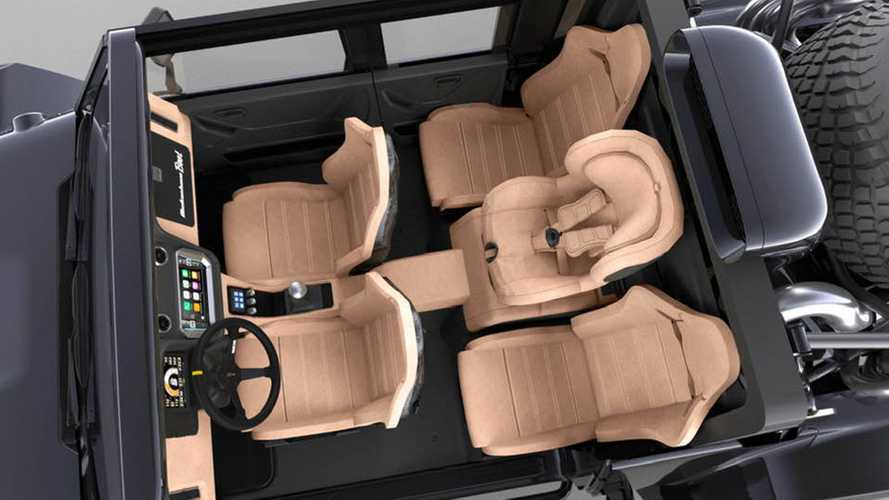 Back seat passengers will have a clear view of the jumps they're about to hit.

It seems Scuderia Cameron Glickenhaus is freshly charged after scoring a Baja 1000 victory with the Boot. The quirky off-roader certainly has worldwide attention at the moment, and while much of the coverage is related to galavanting over rugged terrain at high speed, a fresh Facebook post from SCG boss James Glickenhaus focuses on another quirky aspect of the Boot – its four-and-a-half seat interior layout for the upcoming four-door model. Wait, what?

Okay, this is really just a four-seater, but it’s impossible for us to not absolutely love the matching car seat that mounts atop the expansive rear console. With such a position, baby has the best seat in the house and let’s be honest – that’s a seriously cool baby seat by itself. We aren’t convinced that child protective services would be keen to hear about high-speed off-road adventures with the youngest family member in tow, but for daily trips around town, it looks like a neat way to travel.

Of course, the other bit of news here is the rest of the Boot’s unconventional seating arrangements. The front seats are pushed inward against the center console, while the rear seats are mounted further apart on a raised floor. Glickenhaus says the design gives rear-seat passengers much better visibility outside the vehicle, which can help folks who get car sick. We suspect that’s especially true if the driver happens to take a “short cut” back home that involves crossing open terrain at high speed. But even for benign shopping trips, this seems like a great way to travel.

In the post, Glickenhaus explains that this design isn’t set in stone just yet. We’ve seen the two-door Boot in action, but the four-door version hasn’t been completed just yet. Plans are in place to have 20 Boots with two- or four-door models on the road next year.