Audi to Unveil RS3 in Frankfurt? 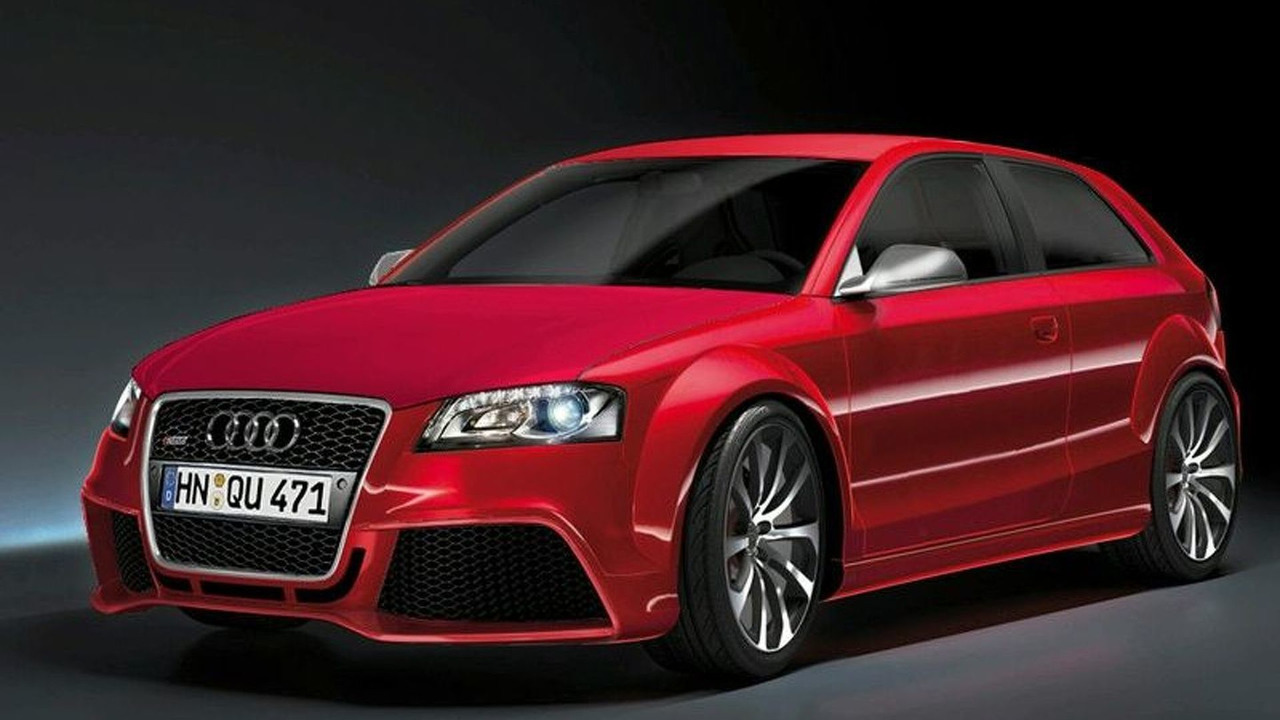 Swedish mag Auto, Motor & Sport are reporting the RS3 is headed for a Frankfurt premiere with Audi's 2.5 liter, turbocharged engine from the TT RS. The RS3 will be an all-wheel drive and may even dial up the power numbers on the 2.5 liter TSI engine.

Disclaimer: The model pictured in the main "photo" above is a Photoshop-enhanced image of an A3 TDI Clubsport Quattro Concept made to look like a prospective Audi RS3. The rest are of that same A3 TDI.

The article quoted here is from the Swedish edition of Auto, Motor & Sport, and they claim to have a source inside the Ingolstadt-based Audi who says the RS3 is coming soon.

Audi has not yet officially unveiled an RS3 but we can let loose our imaginations, can't we?

An RS3 will most likely come with Audi's 2.5 liter, 5-cylinder turbocharged engine first seen in the TT RS. That engine produces 340 hp and 450 Nm of torque. It will also be a strict quattro (all-wheel drive). The Swedish mag is also speculating that an RS3 variant of that engine may be dialed up a little and feature anywhere from between 350 to 400 hp, making the model faster than an R8 with the 4.2 liter FSI engine.

If there is going to be an RS3, the Frankfurt motor show next month would be the ideal place to premiere it and that's what the Swedes at Auto, Motor & Sport are saying.

Looks like we will just have to wait until then.