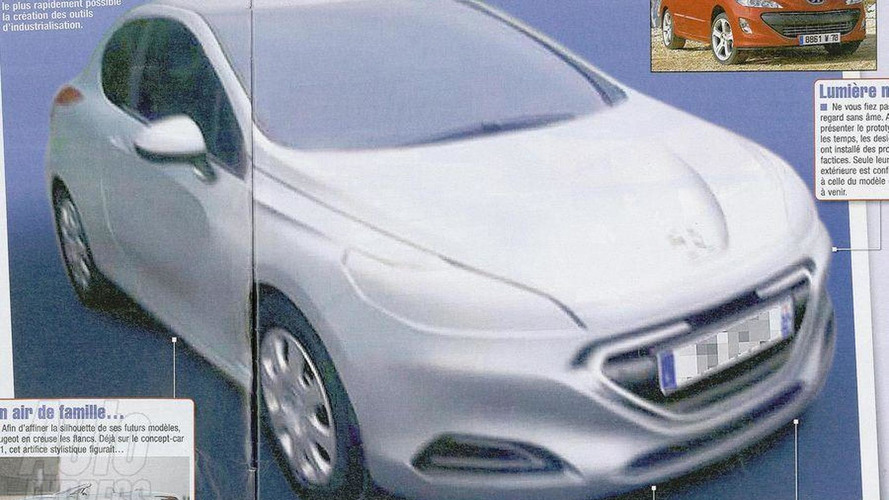 Peugeot already made a 309 model between 1985 and 1993 and is considering using another name for 308 successor.

[Editor's note: the photo here is a leaked image published in a French car magazine of a 308-successor mockup.]

Is Peugeot considering dropping its usual numbered nameplate for the 308 successor? That's what German car magazine Auto Bild is reporting.

According to Auto Bild sources, Peugeot does not want to name the 308 successor the 309 since it already once used the moniker on a model as recently as 1993. The Peugeot 309 was a small sedan the French automaker made between 1985 and 1993 for the European market.

Auto Bild sources say that Peugeot is considering dropping numbered nameplates in general, always with a zero or double-zero in the middle, such as in the recent 3008 and new 508 model, and going back to names as do other volume brands like Fiat, Ford, Opel, Renault and Volkswagen.

But sister brand Citroen also uses numbered system with a 'C' in front or 'DS' for the DS-line. And numbered naming is the norm for German premium brands Audi and BMW. Mercedes-Benz uses letters, for e.g. the C-Class and S-Class, but still followed by numbers denoting engine variants.

Gallery: No Peugeot 309? A name not number for 308 successor