The Porsches that never were.

The team at Porsche is quite busy, with the debut of the new 911, Taycan electric vehicle, and countless special editions of sports cars and SUVs. Sure, Porsche may offer a shocking number of vehicles and production combinations but not every design reaches Porsche dealerships. To celebrate the designs that didn’t make it all the way, Porsche is releasing a series of teasers and then designs to showcase what’s hiding behind closed doors at Weissach.

Our first glimpse of this series is a dark teaser image of an expressive sportscar. Thanks to minimal photo editing to brighten up the image we can see even more datil of this intriguing design.

Starting from the front of the image and working out way back, we first see a tiny windshield reminiscent of Porsche speedsters. This feeds into the Facebook post’s caption that states this vehicle was specifically built to celebrate Porsche racing success of the 1950s. This leads us to believe the rendering we’re seeing here in a modern interpretation of the Porsche 550 Spyder racecar. 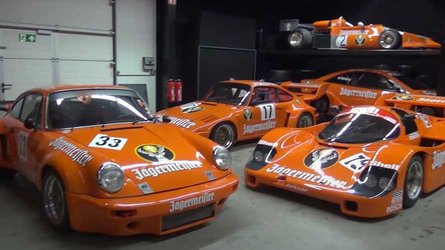 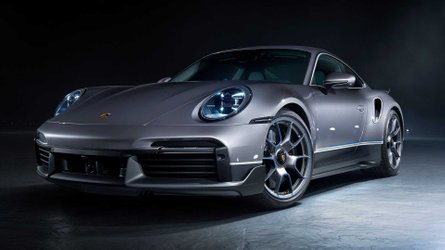 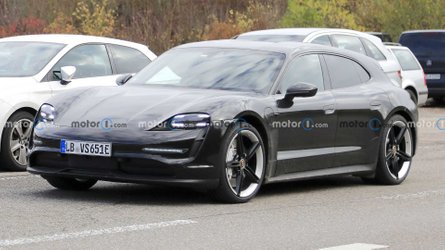 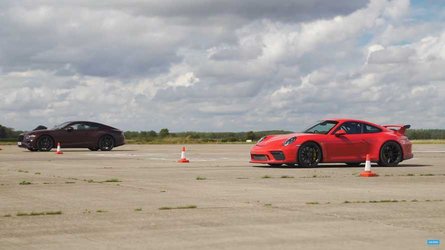 The bodywork is also very similar to the Porsche Spyder 550 thanks to sculpted front and rear fenders, while the overall profile is very low and sleek. The rear has an engine bay vent that looks exactly like the 992 Porsche 911 and even includes a similar brake light. The lower bodywork reminds us of the Porsche 935 with a top overhang and exposed bodywork below lurking in the shadows.

We’re excited to see the full image and get the background behind the design. We can spend all day speculating about why things look a certain way, but confirmation from the source allows us to gain a better understanding of designs a learn more about Porsche’s future design aspirations.