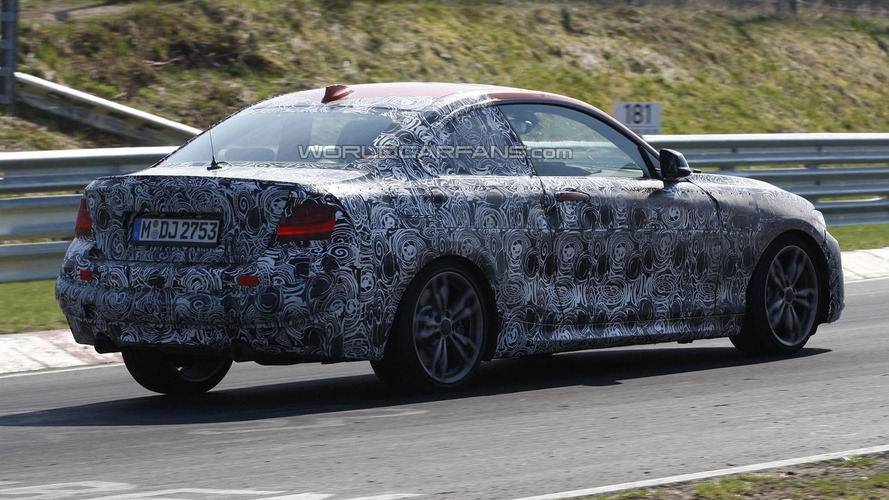 The 2014 BMW 2-Series Coupe has been spied undergoing testing on the Nürburgring.

The 2014 BMW 2-Series Coupe has been spied undergoing testing on the Nürburgring.

Looking larger and sportier than its predecessor, the 2-Series Coupe has an evolutionary design which borrows cues from the 1-Series hatchback. Despite the styling similarities, the coupe will be distinguished by new head- and taillights as well as a unique front fascia with larger air intakes.

Engine options will carryover from the 1-Series, so expect a variety of four-cylinder units. There could also be an M235i with a 3.0-liter six-cylinder engine that develops 320 HP (235 kW) and 450 Nm (332 lb-ft) of torque. The engines will be paired to a six-speed manual or an eight-speed automatic. Rear-wheel drive will be standard, but all-wheel drive should be optional.

The 2-Series Coupe is expected to be introduced later this year, so look for a possible debut at the Frankfurt Motor Show.