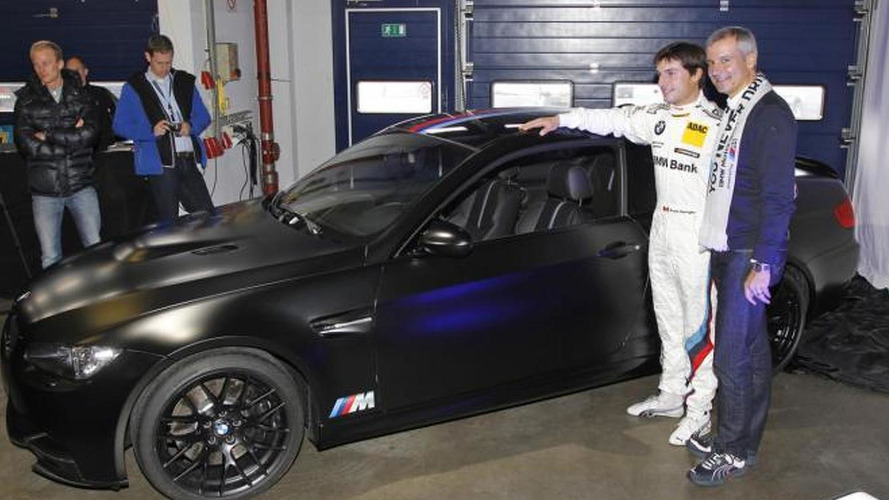 BMW has prepared another special variant of the M3, this time to commemorate Bruno Spengler’s 2012 DTM triumph.

Known as the DTM Champion Edition, this BMW M3 was presented during the 40 Years of M event along with the M6 GranCoupe. It will be limited to 54 units since this number represents BMW’s number of won DTM races.

It looks similar to Spengler’s matte black M3 race car, featuring a Frozen Black paint and M stripes on the roof. Special decals on the rear windows and a Bruno Helmet design on door sills are part of the package, along with Bruno’s signature on the carbon fiber interior trim. It also comes with a ZCP Competition Package that includes carbon fiber front splitters, gloss black air inlets on the hood, black wheels and a carbon fiber rear spoiler.

Production will commence at the end of 2012, with deliveries expected to start in late January / early February next year.

Check out the gallery in the source link below.

Thanks to Tom for the tip!