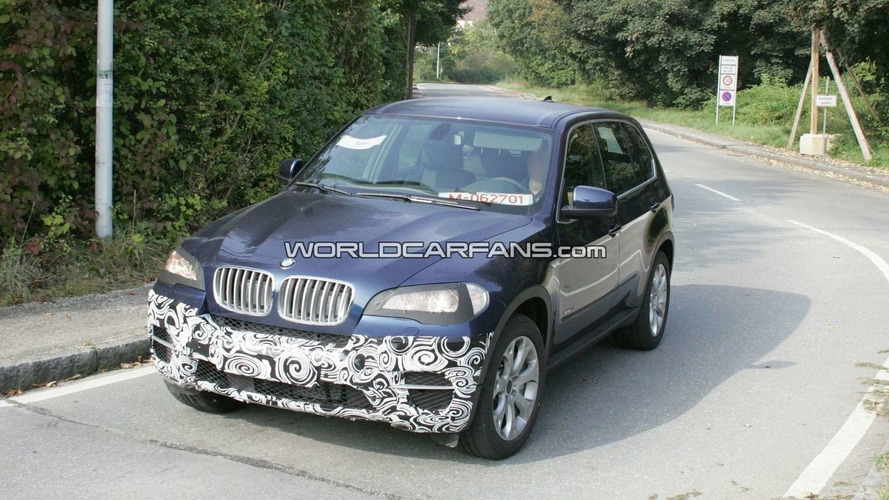 New spy photos of the BMW X5 show the clearest wide-angle pics we've seen this month. The SUV is shown with different tailpipes and mirrors, too.

New photos have surfaced featuring the upcoming facelifted BMW X5. Due out in mid-2010, the SUV should get its formal introduction at January's Detroit Motor Show.

This round of photographs show the vehicle only has modest changes compared to the one spied earlier in the month. However, we do see a difference in the tailpipes, which are now trapezoidal instead of oval. Also, wider, shorter side view mirrors appear to be present on this model. Roof rails do not appear on this version, unlike the previous prototype. The wider shots of the X5's front-end show the best angle yet of the new headlights.

The facelifted X5 will have new front and rear bumpers, as well as new lighting which resembles the 5er GT. A next-generation iDrive will be detailed on the newer, bigger LCD screen.

Some are saying that a new engine may become available with the freshened BMW X5.  We expect this to be the twin-turbo 408 horsepower 4.4-liter V8 engine as the X5 xDrive50i.