Mercedes-Benz SLS AMG Cabriolet Spied In and Around the Nurburgring 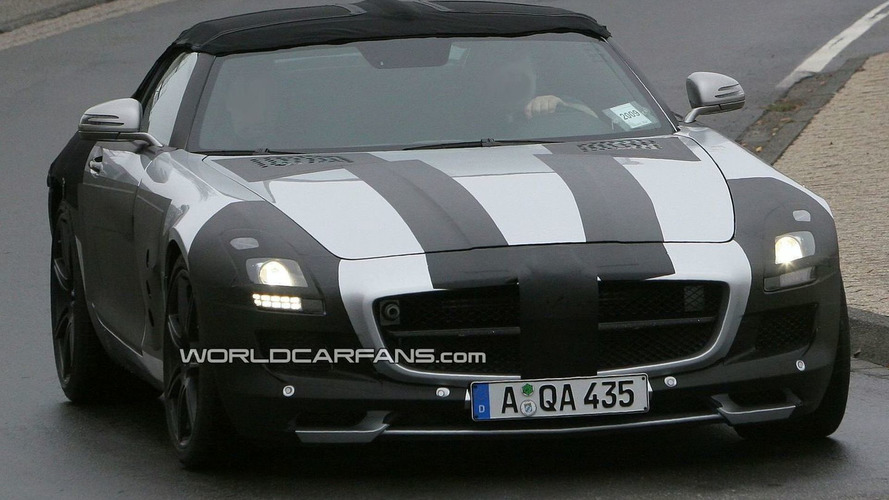 Spy photographers captured these photos of the Mercedes-Benz SLS AMG Roadster on the Nürburgring this week.  As the AMG SLS was on display at the Frankfurt Motor Show, the Roadster was brought out by engineers for normal speed road testing.

Previously seen in California, the Roadster should get the same AMG 6.3-liter V8 engine seen on the SLS.  This eight-cylinder model produces 571 horsepower and up to 650 Nm of torque.

Weight on the vehicle should be kept relatively low, so as to preserve a 0-100 km/h time between 4 and 4.5 seconds.  Top speed could be similar to the electronically limited 315 km/h (195 mph) achieved by the hard-top.

Like other spied versions of the same car, this SLS AMG Roadster does not have Gullwing doors.

We believe Daimler will unveil the Mercedes-Benz SLS AMG Roadster at the Geneva Motor Show next March.