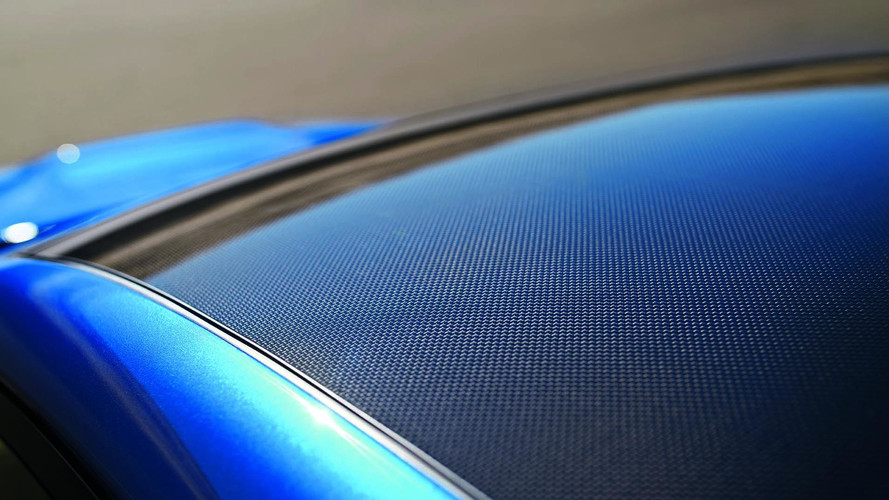 The internet freaked out earlier this week when Subaru released a teaser image of a giant wing on a blue decklid. Everyone – Motor1 included – immediately jumped on the BRZ STI bandwagon. And while that car is likely still in the works, the new STI product that's coming on June 8th is called the Type RA, and it's a hardcore version of the WRX, previewed by the record-attempting race car I saw in May at the Nürburgring.

While the full details and images will be released next week, there are a number of things I can confirm right now. Based on the 2018 model year STI, the Type RA will have a carbon fiber roof panel (pictured above), a carbon fiber rear wing, an upgraded suspension with Bilstein dampers, 19-inch forged BBS wheels (in gold!), and Recaro seats. Subaru also confirms the RA will have “gearing and engine upgrades,” though it’s unclear exactly what those are at this time. Until I hear otherwise, I’ll assume it's the 600-horsepower Prodrive tune of the race car. (Okay, that's wrong. But I can dream, right?)

In fact, Subaru debuted the Type RA badge on the Nürburgring record attempt car. So while the actual 'Ring run took place in mid-May, I wasn't allowed to tell you about it until just now.

And again, this doesn't mean there won't be a BRZ STI – recent spy shots have been pretty convincing – it just means the car we'll see next week is actually based on the WRX. I can't wait to see what's in store. Stay tuned for more details on the 8th.