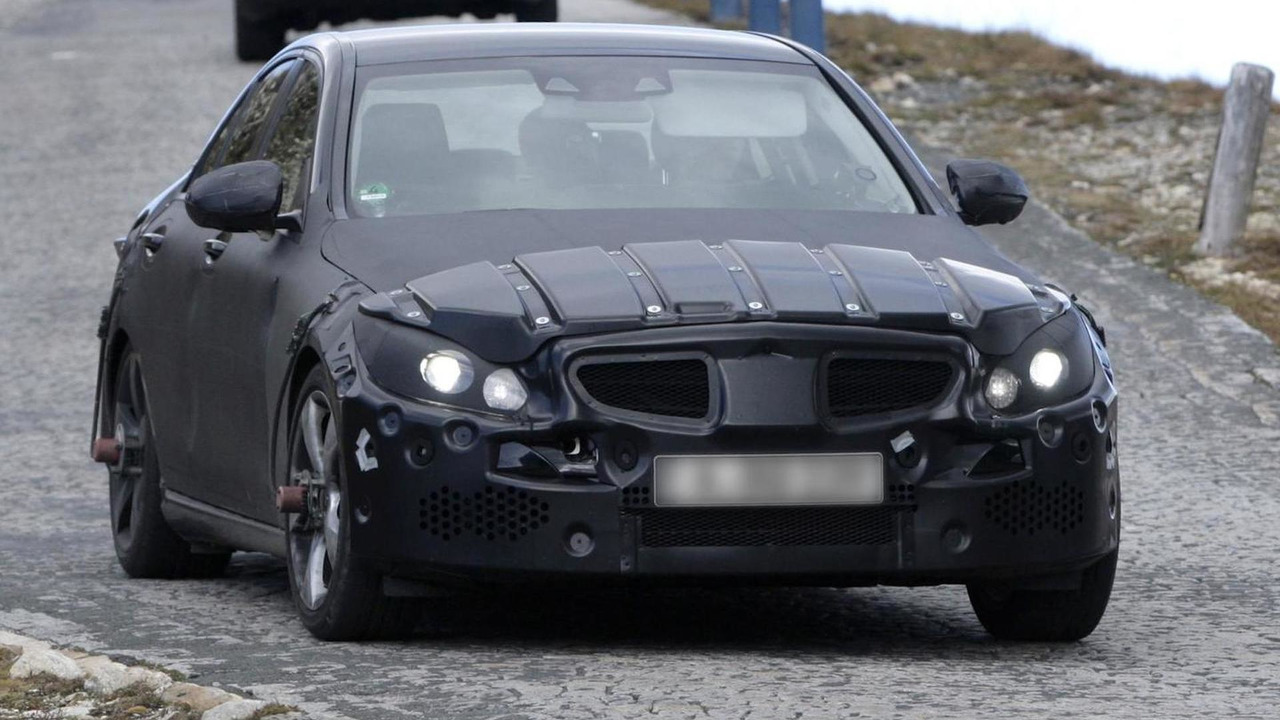 These are the latest spy shots of the upcoming 2014 Mercedes-Benz C-Class that might make its debut at the end of 2013 or in early 2014. Just like with previous spy photos, the German automaker has put in a lot of effort to cover the styling of the new model as the black panels are hiding almost all of the design lines.

If we take a closer look at the shape of the panel which is covering the front grille it appears tol be more oval in comparison to the current model, while the headlights could get a design similar to those seen in the new CLS. These headlights will be wider and higher than the ones of the current C-Class and should provide the car with a sportier appearance.

Despite the fact that there were some rumors about Mercedes-Benz developing 3-cylinder engines, the 2014 C-Class will probably get 4-cylinder units which will feature the cylinder deactivation technology that can shut down two of the cylinders when less power is needed. It’s almost certain that the new C-Class will be offered with a hybrid powertrain, with the gasoline and diesel engines coupled to an electric motor that will generate an additional 27 hp (20 kW).