The concept debuts in Geneva, but the production model should show up in Frankfurt.

Mercedes-Benz is expanding its EQ lineup, not just in the number of models, but in size, too. The new Mercedes EQV is the latest and largest option in the EQ lineup, and it's making its debut at the Geneva Motor Show. As its name suggests – and like other EQ models before it – this one is fully electric.

Power comes from what Mercedes calls a “compact electric drivetrain (eATS).” The electric motor, transmission with fixed ratios, cooling system, and electronics form a tight unit that sits atop the front axle. Total output is a modest 201 horsepower (150 kilowatts), range is 249 miles (400 kilometers), and a 62-percent charge is achievable in just 15 minutes via rapid charging.

The EQV shares nearly all of its powertrain components with other EQ models before it, and even uses the same skateboard-deck configuration. But this model can carry up to eight people at a time, depending on how you configure it. Buyers, theoretically, can choose between either a seven- or eight-seat setup. The former uses six individual captain's chairs to carry up to seven passengers, while the latter adds a rear bench for extra space.

The Mercedes EQV, like the EQ C, adopts Mercedes-Benz's MBUX infotainment system with “Hey, Mercedes” voice control functionality. Unlike most MBUX setups, though, this one opts for a single iPad-style screen instead of the standard 12.3-inch screens – at least in photos. Midnight Blue leather and copper accents coat the dash, and a two-tone Midnight Blue and black Nappa Leather covers the seats and armrests.

The EQV Concept makes its debut this week at the Geneva Motor Show, but the production model shouldn't be too far off. Mercedes-Benz promises that a consumer-ready version of the EQV concept will debut at the Frankfurt Motor Show later in the year. No word on pricing or availability yet. 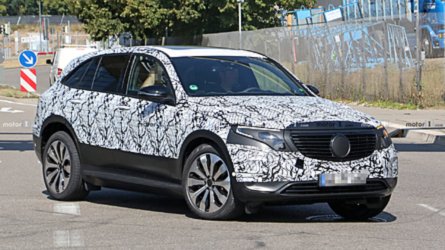 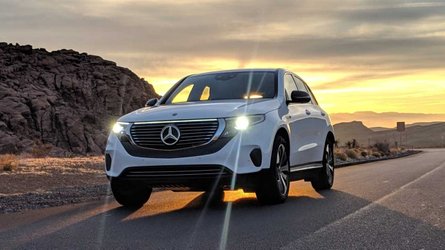