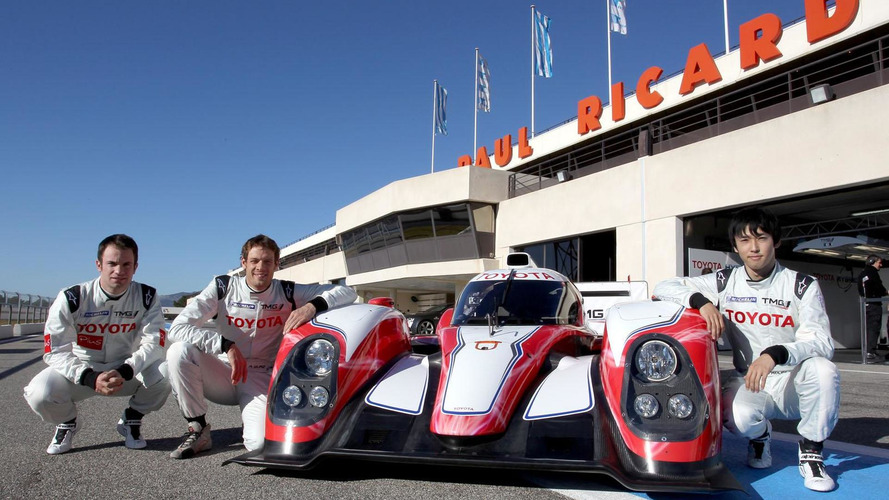 Set to compete in the LMP1 class, the TS030 was created by Toyota Motorsport GmbH and features a carbon fiber chassis as well as a naturally-aspirated 3.4-liter V8 engine which is backed up by a hybrid system with capacitor storage (dubbed Toyota Hybrid System - Racing).

Little is known about THS-R, but the company is evaluating a front motor system produced by Aisin AW as well as a rear motor system developed by DENSO. Regardless, regulations limit the hybrid system to recovering a maximum of 500kJ "between braking zones whilst restricting deployment to only two wheels."

Besides releasing specifications, Toyota announced two cars will compete in Le Mans. The first model will be driven by Alex Wurz, Nicolas Lapierre and Kazuki Nakajima. The other team is currently being assembled, but should be confirmed shortly.

In the meantime, Toyota will continue to test the car leading up to its racing debut at the Six Hours of Spa-Francorchamps on May 5th.