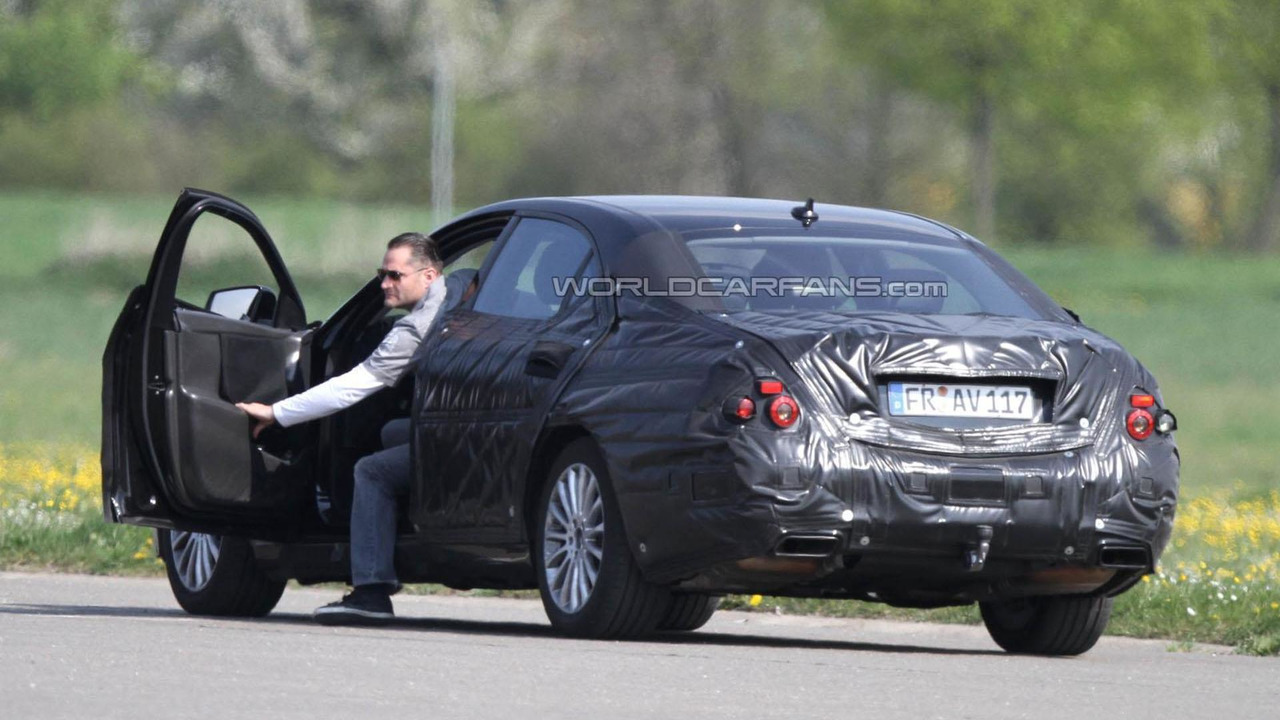 Our spies have caught several new pictures of the 2013 Mercedes S-Class. Details inside

Mercedes is hard at work testing the 2013 S-Class as our spies have caught several new pictures of the brand's redesigned flagship.

While the prototype is heavily camouflaged, the car is expected to adopt a more streamlined appearance with a prominent grille and CLS-inspired headlights. Furthermore, the vehicle should be slightly larger than today's model.

Engine options remain a bit of a mystery, but choices will likely mimic the current lineup. Despite this, there will be a greater focus on hybrid technology as previous reports have indicated that American models (non-AMG) could be offered exclusively in the fuel-saving guise. More importantly, we can also expect a plug-in hybrid variant with a powertrain that mimics the Vision S 500 Hybrid concept.