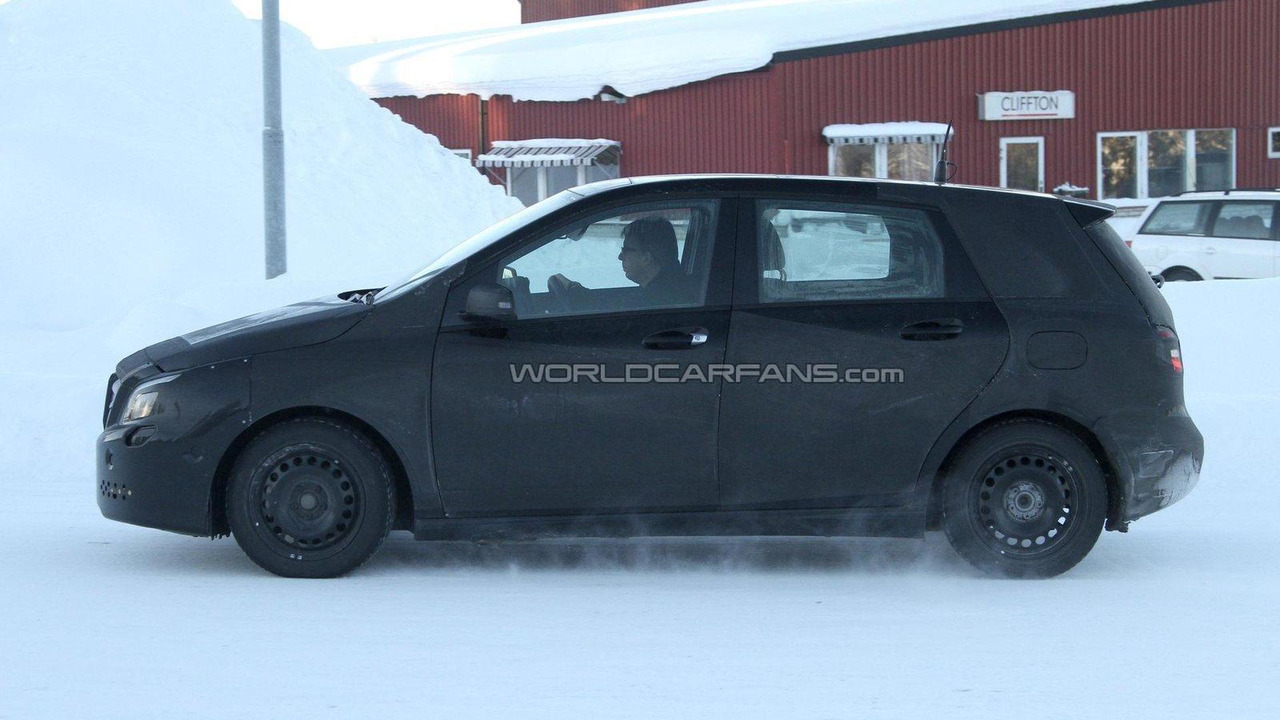 Next-generation B-Class will be accompanied by new crossover and sedan models with which it will share a platform.

Tis the season of the winter prototype testing.

This time our spy photographers busied themselves tracking a herd of seven B-Class prototypes headed north to the Mercedes-Benz test center near the arctic circle.

This B-Class, as seen in the top photo above, is looking more hatch-y than MPV-y, which makes sense since Mercedes-Benz will be developing a crossover variant of the B-Class so the standard model need not maintain its MPV credentials.

Some of the cars in the caravan were a little less disguised as in the previous set of shots we saw of the B-Class in Germany. On those prototypes we get a better sense of the LED line in the headlight cluster also featuring integrated LED indicators which are flashing in some of the photos.

The next B-Class may come in several body styles including a sedan, coupe and crossover as well as its core five-door hatch variant. Mercedes-Benz recently confirmed the development of a coupe and crossover models based on the MFA platform which underpins the A-Class and B-Class. But those models may still come to carry separate nameplates from the B-Class.

Expected under the hood of the next-generation B-Class will be a slew of smaller power plants sourced from Renault including 1.2 liter, 1.4 liter and 1.8 liter turbocharged petrol engines as well as a 1.6 liter diesel. The B-Class's larger engines, including a range-topping 2.2 liter diesel, will still be supplied in-house.

The next B-Class will be offered with either a six-speed manual or six-speed dual clutch gearbox, as Mercedes-Benz is dropping the CVT, and will also feature a stop/start system.