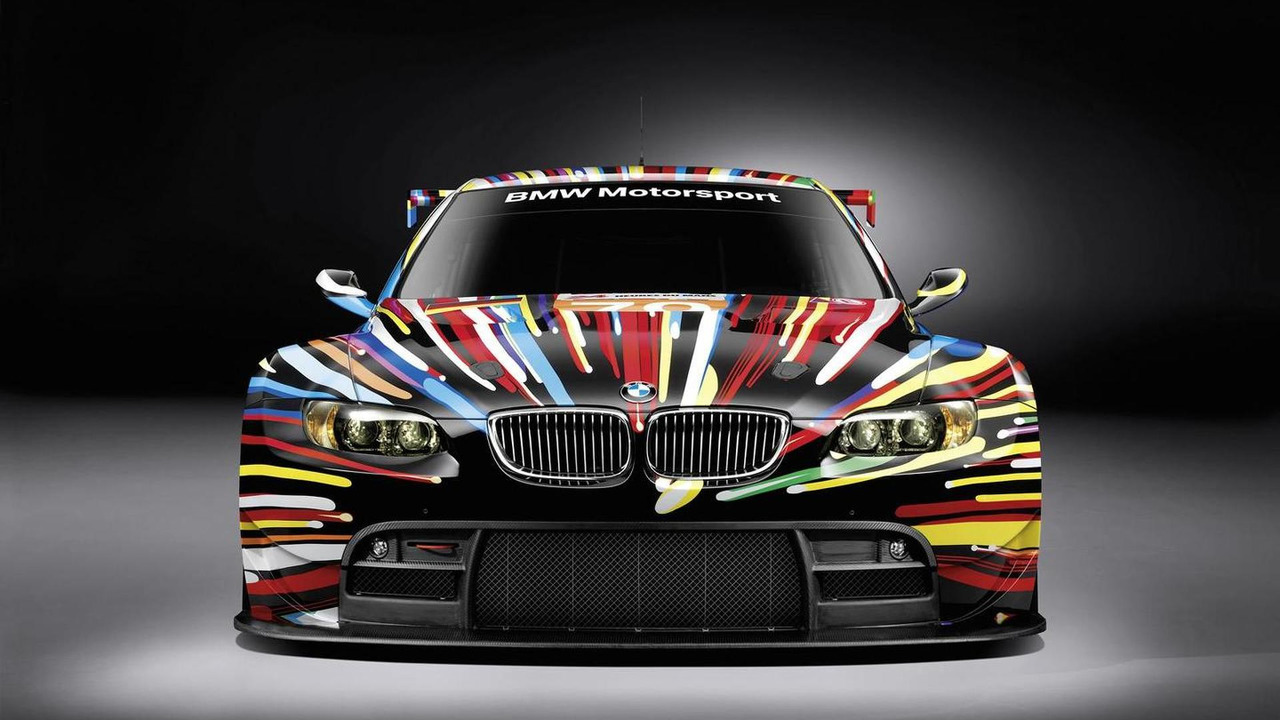 We have a full gallary of pics featuring the 17th BMW Art Car. Find out more inside.

The Jeff Koons-designed BMW Art Car was unveiled this week at the Centre Popidou in Paris.  Koons' BMW M3 GT2 is the 17th Art Car unveiled since the programme's creation in 1977.

Streaking colors became a significant visual element for Koons, who studied explosions, race cars, and speed in building his inspiration for the car.  “These race cars are like life, they are powerful and there is a lot of energy,” Koons said in a press release. “You can participate with it, add to it and let yourself transcend with its energy.

"There is a lot of power under that hood and I want to let my ideas transcend with the car – it’s really to connect with that power”.

His long, wind-swept, brightly colored brush strokes are meant to appeal to our most basic notions of "power, motion and bursting energy."  Whether you like the car or not, it undeniably has an appearance that will make people think "fast."

Koons' exterior design was printed on vinyl, which was then wrapped around the car.  Two layers of clear-coat were applied to the wrap, which can also be seen on the car's spare parts, should they be needed at the Le Mans race.

The BMW M3 GT2 Art Car was on display to the Parisian public throughout Wednesday.  It will participate in the 24 Hours of Le Mans endurance race held across June 12th and 13th, with Andy Priaulx (GB), Dirk Müller (DE) and Dirk Werner (DE) at the wheel.