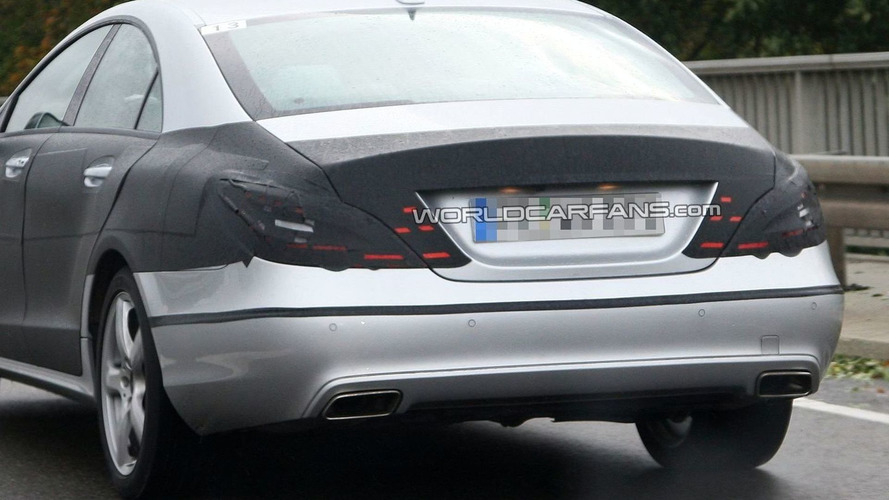 The next-generation Mercedes-Benz CLS sheds major cammo and reveals more intimate exterior details. It launches in 2010 as a 2011 model.

Fresh spy pictures of the next-generation 2011 Mercedes-Benz CLS have appeared. As previously seen, a good deal of camouflage is now gone so more of the exterior can be seen. The front end features what seems to be more conventional headlights which don't quite rise towards the wheel-wells as much as the current car. LED daytime running lights will be an expected feature while the side mirrors are more square-shaped. These feature striped indicator lights like the E-Class and the S-Class facelift.

The back end carries new rear lights with LEDs which extend to the boot lid area and a set of rectangular/ trapezoidal tailpipes.

Mercedes-Benz will launch the all-new CLS next year with a range of engines, including petrol V6s, V8s, turbo diesels and an AMG model kicking out around 386kW (525hp). A BlueHybrid is also set to join the lineup. The drive should go through a 7-speed automatic sending power to the rear wheels.

The 2+2 four-door is probably only going to make a public appearance at the Paris Motor Show in September 2010.