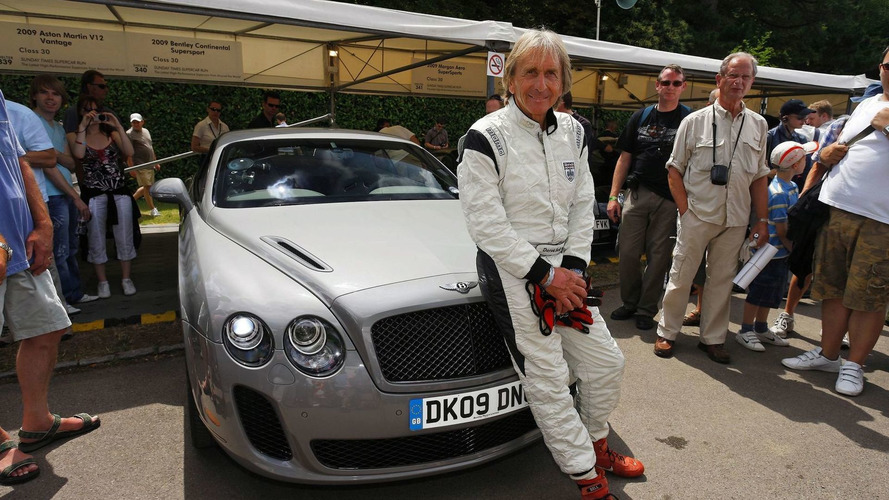 Check out what happened at the recent Goodwood Festival of Speed when an old "Bentley Boy" got his hands on the new 630hp Continental Supersports. Make sure the speakers are switched on too.

The recent Goodwood Festival of Speed gave "Bentley Boy" Derek Bell the perfect avenue to shake down the new Continental Supersports. In this video Bell starts off explaining why the Supersports is special and then invites us to keep our eyes glued on the clip so we can see for ourselves.

Running a 6.0-litre W12 twin turbo engine that is capable of drinking E85 or petrol, or both, the big coupe produces maximum power of 463kW (630hp) and whopping torque of 800Nm. It goes from 0 - 60mph in 3.7 seconds and won't be happy to stop until it reaches 329km/h (204mph). That makes it the most powerful and fastest production machine ever to come out of the Crew factory. Bentley says it is fitted with the most powerful brakes ever used on a production car.

Taking off into the Goodwood Hill, the Supersports' bellowing sound could probably be heard resonating throughout the track. He is not pushing it to racing limits but still the thrust and handling seems to be quite impressive. In any case, as good as the big 2.4 ton US$273,295 Bentley is, it's also not immune to physics and therefore won't take corners like certain supercars from Germany or Italy.