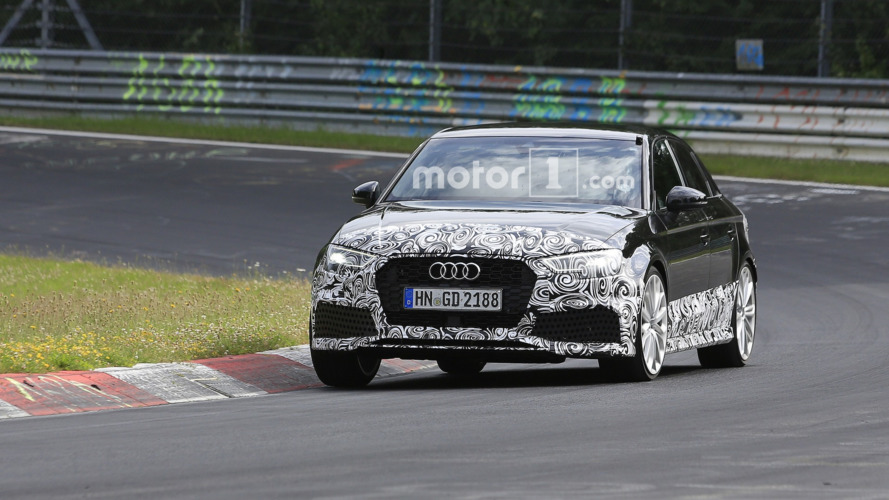 Will be offered in the United States.

Audi's highly-anticipated RS3 Sedan has been spied undergoing testing on and around the Nürburgring.

Set to battle the Mercedes-AMG CLA45, the RS3 Sedan has an aggressive front fascia with larger air intakes and honeycomb mesh grille inserts.  The car has also been equipped with sportier side skirts, a rear spoiler, and a massive dual exhaust system.

Spy photographers couldn't get close enough to snap interior photos but the cabin will likely follow in the footsteps of the RS3 Sportback and feature a number of special touches.  Nothing is official but highlights could include Nappa leather sport seats, a leather / Alcantara flat-bottomed steering wheel, and stainless steel pedals.  We can also expect plenty of RS branding and carbon fiber or "Aluminum Race" trim.

Power will reportedly be provided by a turbocharged 2.5-liter engine that produces around 400 horsepower.  It will be connected to a seven-speed dual-clutch automatic transmission and a performance-oriented quattro all-wheel-drive.  Performance specifications remain unconfirmed but rumors suggest the car could accelerate from 0-62 miles per hour in approximately four seconds before hitting an electronically-limited top speed of 155 mph.

The Audi RS3 Sedan is expected to be unveiled later this year so look for a possible debut at either the Paris or Los Angeles Auto Show. 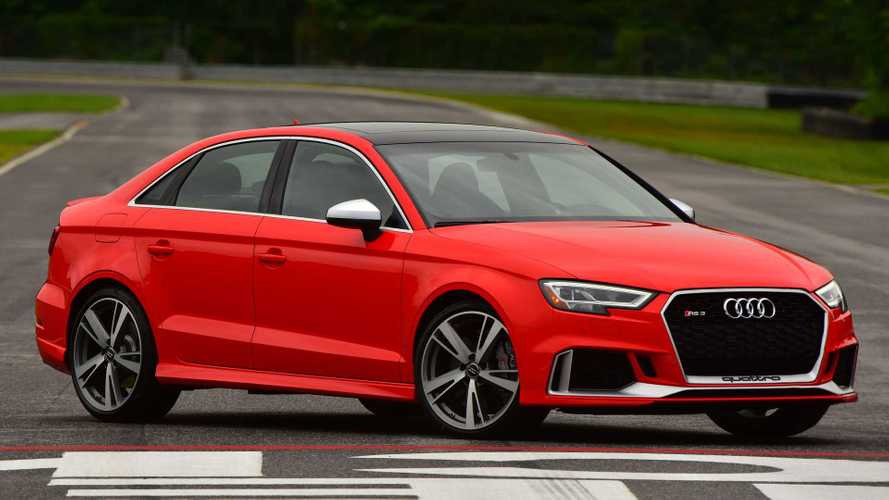