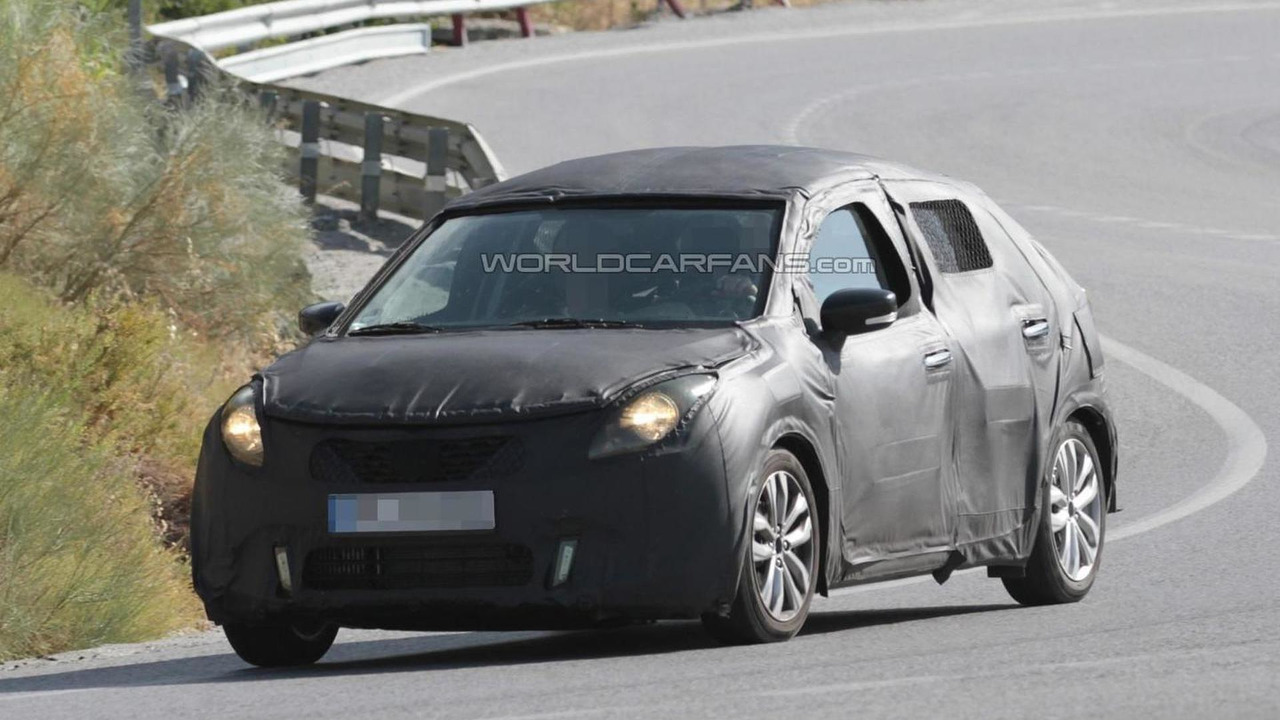 Our spies caught on camera an unknown prototype of a five-door Suzuki hatchback while undergoing preliminary testing.

Our spies caught on camera an unknown prototype of a five-door Suzuki hatchback while undergoing preliminary testing.

It seems Suzuki is cooking up a new model which will be positioned above the Swift, with a bigger trunk and more legroom for rear passengers. Judging by the attached spy shots, the model will be like a mini MPV in the same vein as the Honda Jazz, Nissan Note and Toyota Verso.

Hopefully those awful looking taillights are just some fake stickers plastered to hide the real design. At the front, the lower front grille appears to be flanked by vertical strips of LED daytime running lights which weren't working on this prototype.

Taking into consideration the spotted prototype was wearing a comprehensive amount of camouflage it means the model is currently in an early testing phase so it's highly unlikely that Suzuki will unveil it before 2016.

[update] We have been informed this is a prototype of a supermini-sized hatchback that could ressurect the Baleno moniker. It could fill in the gap left by Liana hatchback's demise in 2007.