Mazda Miata With LS3 Swap Is A 500-Horsepower V8 Hoot

The sleeper Miata of your dreams has arrived.

While some vehicles receive notoriety for rarity, the Mazda Miata is known for its popularity as an inexpensive springboard into the performance market. Larry Chen, automotive photographer and Hoonigan extraordinaire, takes a look at an LS3 swapped Miata in the latest installment of Hoonigan AutoFocus.

Based out of Grand Junction, Colorado, the tuners at Flyin’ Miata took it upon themselves to swap in the LS motor. For the uninitiated, the company creates performance components for just about any generation of Mazda Miata you could imagine. 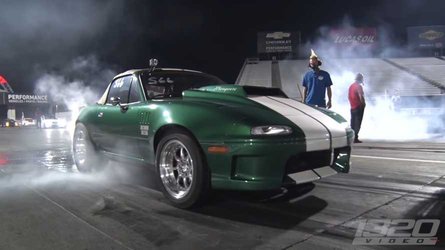 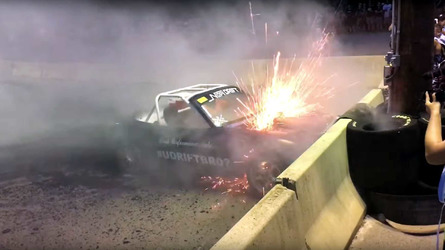 While the goal of the project was to squeeze a 6.2-liter LS3 V8 under the hood, Keith Tanner of Flyin’ Miata wanted the swap to look as factory as possible. After popping the hood, it’s clear that a lot of work went into getting the motor to fit; Keith mentions that they spent time playing around with the engine position to get everything inch-perfect – the motor fits so tightly that the noise insulation pad in the hood had to be removed to add clearance.

As you’d expect, the factory Miata transmission wouldn’t be able to cope with the LS3’s grunt, so Flyin’ Miata swapped in a T56. Along with being a great match for the motor, this variant places the shifter in the stock location. Things are relatively similar at the other end of the drivetrain, using the rear components from either a Pontiac G8 or Chevrolet Camaro. 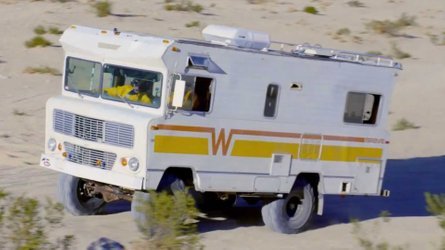 Winnebago Gets Off-Road Suspension, LS7 V8 Before Tipping On Its Side 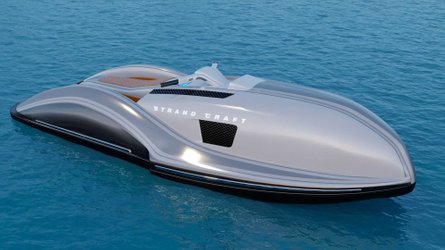 The Wet Rod Is A Humorously Named Jet Ski With A 6.2L Supercharged V8

Keeping the sleeper aesthetic alive, Keith opted for an active exhaust, which gives the petite Mazda the assertive noise you’d expect from an LS motor. Adjustable via the factory windshield wiper stalk, drivers can alter the engine note on the fly, all the way from barely there to straight-piped race car.

While things were slow to initially get rolling, Flyin’ Miata now sells a full conversion kit for anyone else who wants to join the V8 ND Miata club. Pricing is still unknown but if it puts such a smile on Larry Chen’s face, it’s certain to be worth every penny.