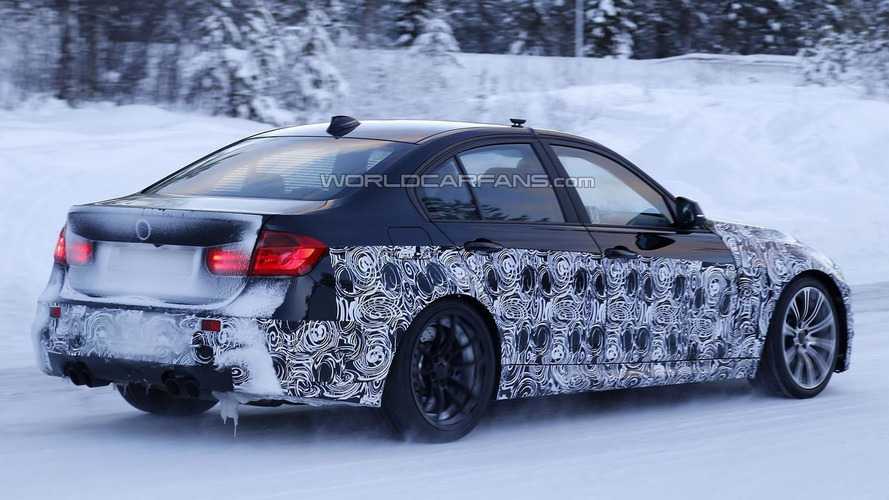 Our spies have snapped new pictures of the 2014 BMW M3, ahead of its launch next year.

Hot on the heels of this morning's preview, spy photographers have snapped new pictures of the 2014 BMW M3.

Caught undergoing cold weather testing, the prototype looks relatively tame thanks to several layers of camouflage. Despite this, we can see the model will have a sporty front fascia with a prominent grille and a large lower intake. A closer look also reveals widened fenders, high-performance brakes and a four-tailpipe exhaust system. While the carbon fiber roof can't be seen in these photos, it - along with several other lightweight components - will reportedly enable the model to weigh less than 1,500 kg (3,306 lbs).

The current V8 engine is expected to be replaced by a new turbocharged six-cylinder unit that produces 444 hp (331 kW). It will likely be paired to a six-speed manual or a seven-speed dual-clutch (M-DCT) transmission.

An M3 concept is expected to be unveiled at the Frankfurt Motor Show, before the production version is launched in 2014.