Toyota is serious about shedding its ho-hum image, and the latest proof of this comes in the form of the 2020 Corolla sedan. Wrapped in sheet metal that mimics the style of its hatchback stablemate, the 12th-generation Corolla sedan rides on Toyota’s New Global Architecture, otherwise known as TNGA. The scalable platform already underpins Toyota products such as the Avalon, C-HR, and Camry. 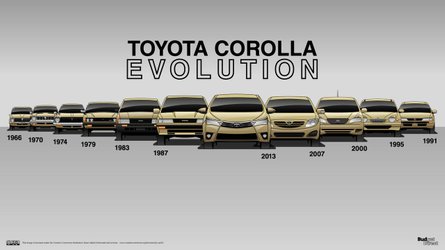 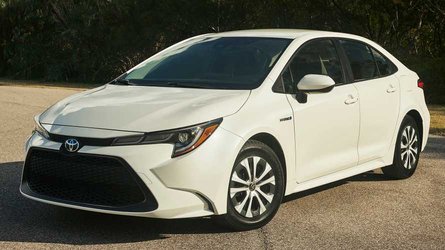 Stiff and refined, TNGA affords the new Corolla a quieter cabin relative to today’s car. Although the next-generation model continues to ride on a 106.3-inch wheelbase, the 2020 Corolla is slightly shorter and smaller than its predecessor. Track width, however, is up by 0.5 and 0.9 inches at the front and rear, respectively, while a multi-link rear suspension replaces the torsion beam of today’s Corolla.

Needless to say, the overall look of the 2020 Corolla is more dynamic than that of the current slab-sided sedan. While L, LE, and XLE Corollas wear more conservative bodywork, the racier SE and XSE trims sport more aggressive looks courtesy of their truculent front fascias, which complement a set of thin LED headlights, and big 18-inch wheels and tires.

Corolla SE and XSE models also benefit from the addition of a new 169-horsepower 2.0-liter inline-four-cylinder engine. The four-pot pairs with Toyota’s latest continuously variable transmission (CVT), which uses a fixed first gear for starting off and can simulate a 10-speed manual transmission in Sport mode. All other Corolla trims carry on with a revised version of the 1.8-liter inline-four that lives under the hood of the present-day Corolla LE Eco. Toyota promises an increase in fuel efficiency from the 139-horsepower engine. A gasoline-electric Corolla hybrid will also be available for consumers in search of even greater fuel efficiency.

Additionally, the Corolla SE will once again offer a six-speed manual gearbox. Opting for the stick shift, though, sacrifices the adaptive cruise control system and lane-centering system that come standard on CVT-equipped Corollas.

Regardless of transmission, every Corolla comes standard with active safety features such as a pre-collision warning system with automatic front braking, lane-departure warning, lane-keeping assist, and automatic high-beam headlights. A touchscreen infotainment system is also standard across the board, with a 7.0-inch unit sitting in the center stack of the base Corolla L and a larger 8.0-inch unit dominating the dash of all other trims. The bigger infotainment screen benefits from Toyota’s latest Entune multimedia system, which includes Apple CarPlay compatibility and a built-in WiFi hotspot. High-level XSE and XLE trims go two steps further and add an in-dash navigation system and JBL premium audio system to the mix.

Overall, the 2020 Corolla sedan’s cabin shares much of its styling with that of its hatchback counterpart. The dashboard features a clean and contemporary design, replete with an infotainment display that sticks out like a monolith in the desert. A 4.2-inch gauge cluster display comes standard, however, a large 7.0-inch display that doubles as a digital speedometer is also available. In any case, Toyota promises improved visibility from the driver’s seat thanks to a lower window line, thinner A-pillars, and better positioned side-view mirrors.

The 2020 Toyota Corolla sedan is expected to go on sale early next year, with a starting price of less than $20,000. While we’ve yet to drive Toyota’s latest compact sedan, our experiences with the mechanically similar Corolla hatchback leaves us confident that the 2020 Corolla will expertly combine quality and refinement in a manner that’s sure to put it near the top of its class.