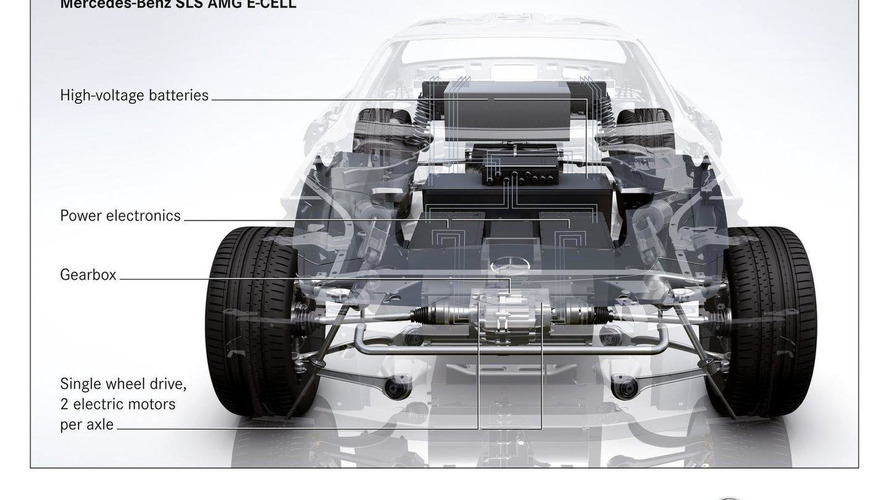 Green-lighted under the AMG Performance 2015 strategy, the production model will likely mimic the SLS AMG E-Cell prototype which can accelerate from 0-100 km/h in 4.0 seconds.

Mercedes has officially confirmed plans to put the SLS AMG E-Cell into production.

Green-lighted under the company's "AMG Performance 2015" strategy, the production model will likely mimic the prototype that has been leaked, teased, and driven by David Coulthard.

On the styling front, the E-Cell features LED headlights, a wider radiator grille, a revised hood, and a more aggressive rear diffuser. Other goodies include matte black accents, an extendable front splitter (that moves 7cm downwards at speeds above 120 km/h), and exclusive 10-spoke light-alloy wheels.

According to Ola Källenius, chairman of the board of Mercedes-AMG GmbH, "We take social responsibility very seriously and with the SLS AMG E-CELL we are demonstrating a further milestone in our 'AMG Performance 2015' strategy. It is our goal to continually reduce the fuel consumption and emissions of new models in the coming years, while at the same time enhancing the core brand value of performance."