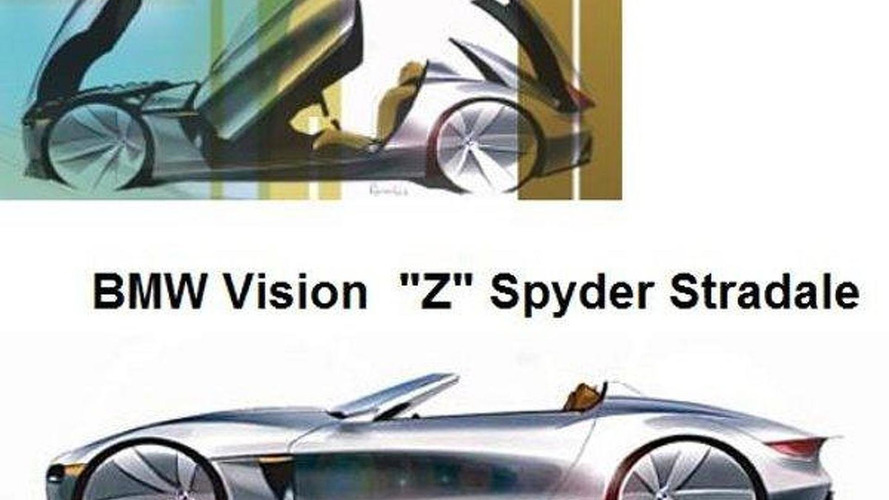 Could this be a Z8 successor, or is it simply an old sketch brought back to life? Get the story inside.

Posting to bulletin board e90post, BMW inside source Scott26 says the German automaker is developing a new "high end luxury" concept car said to be a pet project of company CEO Dr. Norbert Reithofer.  The BMW Z Spyder Stradale was first pitched five years ago before being quickly pushed into research & development.

Then the economy collapsed, and the new premium roadster was shelved.  However, with the economy slowly starting to get its grip, BMW looks poised to bring out a car that harkens back to the BMW 328 Mille Miglia.

If the posted sketch looks familiar, that's because the bottom half was already published in the August 2009 issue of Automobile Magazine as the BMW California Spyder.

The car features an elongated hood with a driver seat set just in front of the rear axle.  The shortened rear certainly ties in with the Z car lineage.  As seen in the new image, the car could potentially get scissor-doors, but this is not set in stone.  Scott26 says the doors could also open either from a rear hinge, or more conventionally.

Like the Z8, the Spyder Stradale would keep an aluminum frame, but lightweight carbon fiber panels would be produced through a partnership with SGL Carbon.  Steel and magnesium will also be used at the front, as well as the rear suspension, while a carbon fiber tub will be the basis for the passenger area.  The speculation suggests that this car could also be the backbone for a new two-seat Rolls-Royce Roadster,

Intriguing exterior features include a two-piece folding hardtop made from carbon fiber, active aerodynamics, LED daytime lighting, regenerative braking, stop/start, and BMW's first-ever automatically-extending rear spoiler with an extra lip for added downforce.  Inside, the car will have a minimalist angled dash with an iDrive screen and large vents, as well as lightweight bucket seats and a sharkskin interior.

If produced, the BMW Z Spyder Stradale might not hit the market until 2014.