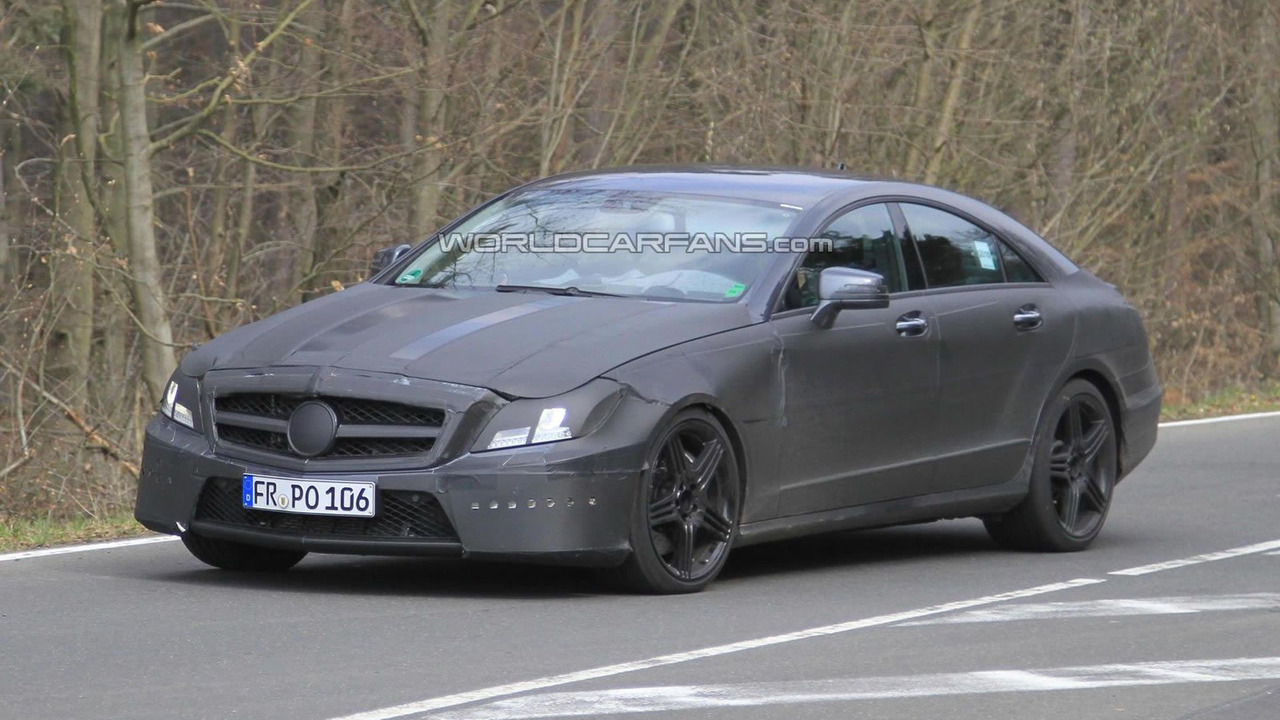 New spy pictures of the 2012 Mercedes-Benz CLS AMG have appeared. Some of the heavy black camouflage is gone.

The four-door 2012 Mercedes-Benz CLS AMG was snapped testing around the Nürburgring by one of our spy photographers. The four tailpipes are a clear AMG telltale. It was first caught wearing heavy camouflage last year but has now shed some of it to reveal a very sporty and highly aggressive look that includes LED daytime running lights.

While the 6.3-litre V8 was favoured for the current AMG range, its days are now numbered. A new 5.5-litre twin turbo V8 with power outputs of 400kW (544 PS / 536 bhp) and 420kW (571 PS / 563 bhp) when offered with the AMG Performance Package, was unveiled last month. Presumably it will find its way into at least some of the upcoming AMG products, perhaps including this CLS AMG. The company 7-speed automatic would be the transmission of choice.

The car is expected to go on sale in Europe in 2011 as a 2012 MY. Its key competitors include the Porsche Panamera and the upcoming Audi A7.