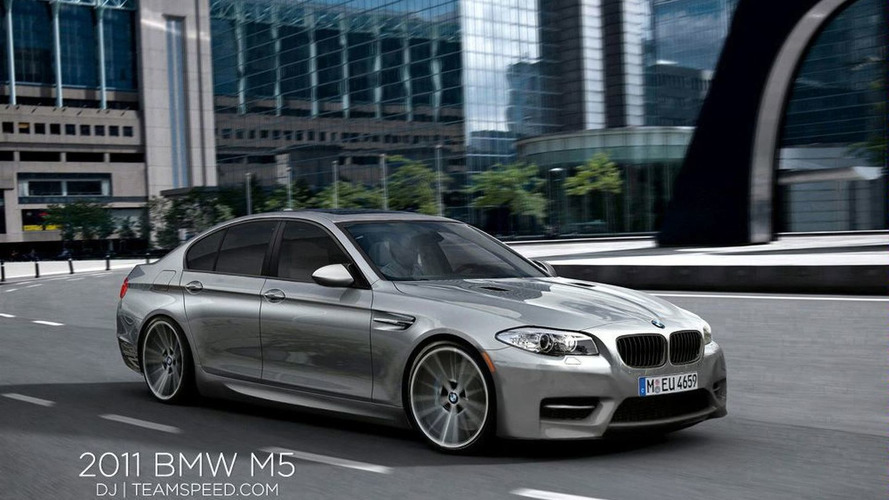 New rumors about the 2011 BMW M5 have surfaced, and we have a thorough write-up inside.

Supposed BMW insider Scott26 is shedding some new light on rumors regarding the 2011 BMW M5.  Saying that the "BMW M Division will become the pinnacle of Efficient Dynamics," the PR-sounding tipster says that BMW is ushering in a "Brave New World of Performance."

According to the new rumors, the next M5 will have a variant of the V8 engine used by the X5M and X6M, tuned to have more horsepower and torque than the V10.  The engine will be paired to a new dual-clutch transmission based on the M3's gearbox.  The driver will control shifting through paddles mounted to the steering wheel.  Despite getting nearly 570 horsepower, fuel consumption on the new model is "expected to be between 25-30% better than the E60 M5."  That should translate to about 14.5mpg in the city, and 22mpg highway, a huge improvement over the 11/17 figures posted by the outgoing model.

Fuel consumption is kept low by using Active Aerodynamics at the front and in the wheel arches.  Small turbines will be built into the grille to use the drag created by braking as electricity.  The tipster also reaffirms rumors of a Kinetic Energy Recovery System (KERS), similar to that developed by the BMW Sauber F1 team, will be used on the car.  When pressing a button, the driver will utilize the KERS' Twin Parallel Supercapacitors to provide a ten-second power boost.  This system should appear on the BMW Active Hybrid 5 concept as well going on view in Geneva next March.

Aside from a new stability system, look for the 2011 BMW M5 to get options like carbon ceramic brakes, and carbon fiber roof.  Bigger brake outlets, wheel arches, and new side air intakes can also be expected.

Look for an M5 concept to hit the stage at the 2011 Geneva Motor Show, with the production and market launch of the 2011 BMW M5 taking place just before the Frankfurt show later that year.

For the full report please check out the source link below.