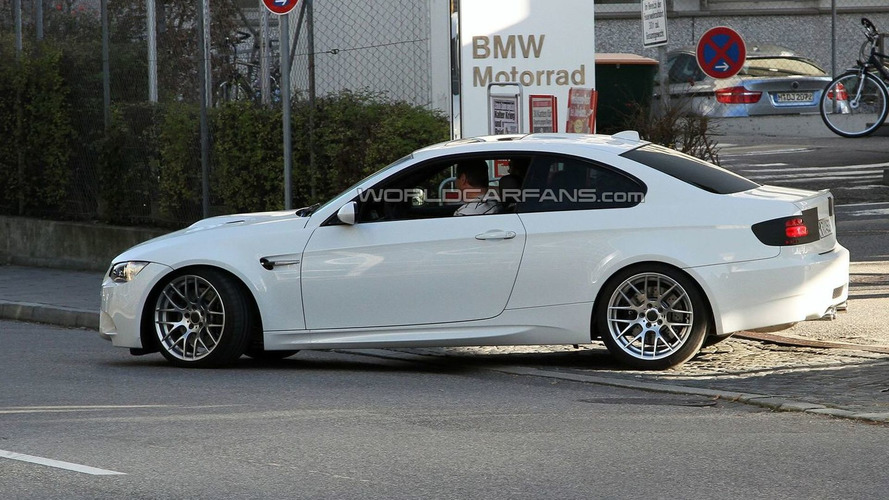 New spy photos showing the 2010 BMW M3 coupe reached our newsroom today, and we have the full details on what to expect.

These pictures sent in earlier today show a production-ready 2010 BMW M3 coupe.  The coupe is scheduled to get many of the same design upgrades seen on the '09 M3 sedan.

Exterior upgrades include a refreshed front bumper and rear lid.  Although blacked out, it appears the car will get similar LED light cluster deisgn at the back.

Interior upgrades seen on the sedan, like new vents, lighting, and storage concepts, should be similar to those on the coupe.  We also anticipate the same ten exterior color choices as the M3 sold in Germany.

Although seemingly ready for its debut now, this car might not be shown off at this week's LA Auto Show.  Instead, BMW may look for a bolder debut at the NAIAS in January, or the Geneva show in March.