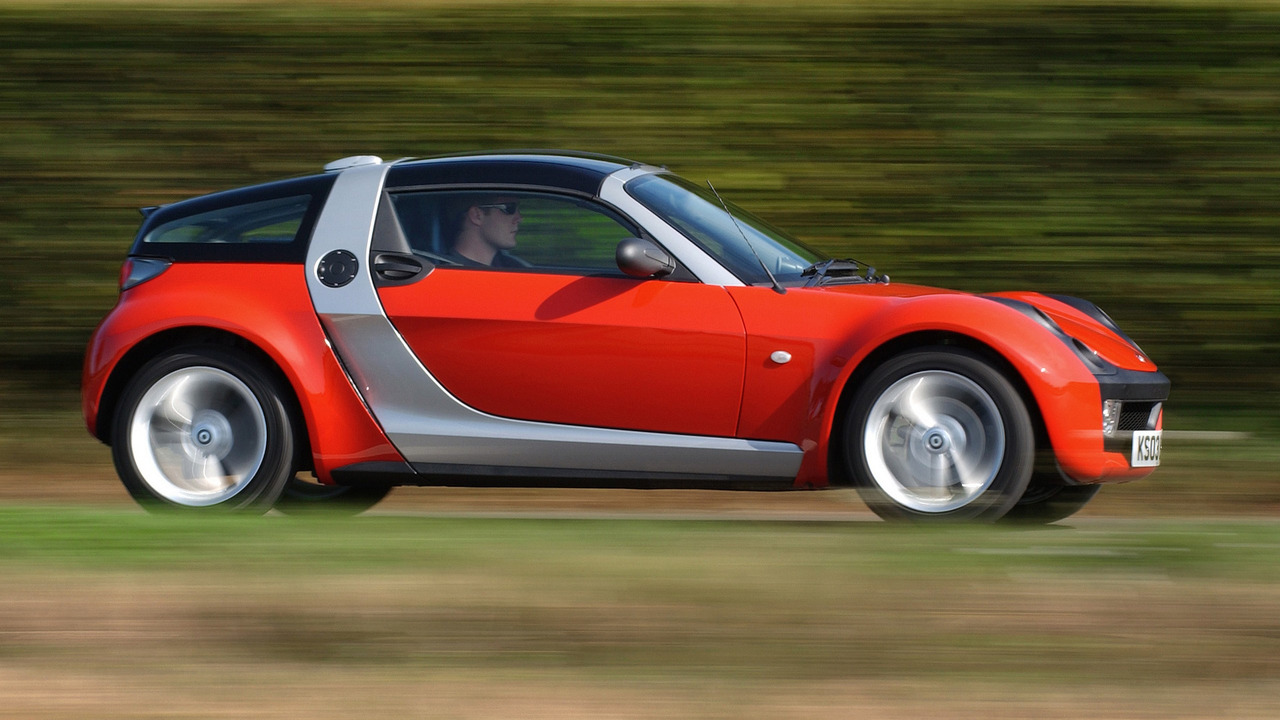 A sales success, but a financial disaster for Daimler.

The Roadster was basically Smart’s only attempt to create a sports car. It was developed in two different versions, Roadster Coupe and Roadster, both featuring two doors, two seats, and retractable roof.

The model was introduced in 2003 and remained in production until November 2005. A total of 43,091 examples were manufactured.

The Roadster was based on a stretched platform of the first generation ForTwo model and was powered by a 0.7-liter turbo engine with 61 horsepower (45 kilowatts) or 82 hp (60 kW). It is mated to a six-speed semi-automatic gearbox, which can be controlled through steering wheel gearpaddles.The front independent suspension featured McPherson layout with leaf springs, while the rear wheels were mounted on a torsion bar.

Not really, it was a relatively nice small sports car. Too small, in fact. It was significantly smaller than the Mazda MX-5 Miata and Toyota MR2, but costed nearly the same, which made it considerably less desirable. Trunk? The Roadster Coupe actually had two, but they were both super tiny.

By saying it was a nice small sports car, we mean it drove well. Good handling, despite the small 15-inch wheels, good brakes, and… well, that’s all. It was painfully slow – even the most powerful variant needed nearly 11 seconds to reach 62 miles per hour (100 kilometers per hour) and top speed was only 109 mph (175 kph). But you can’t expect more from a three-cylinder engine the size of handbag.

While it was generally reliable car, the Roadster had one major quality issue which literally led to the end of its life. Many Smart Roadsters leaked and this required a serious amount of warranty work, which, combined with other costs, resulted in average of $3,150 spent on each produced car. Due to these exceptional costs, the Roadster was an economic failure for the company, despite the high sales of more than 43,000 units for only three years.

Let’s get something straight from the beginning. The Smart Roadster was never meant to be a hardcore sports car. With the engine’s displacement starting with a “0,” you can’t expect it to take down Nürburgring records. The pint-sized roadster with its funky design was created as a no-frills two seater capable of putting a smile on your face on a relaxing weekend trip. After all, it was a rear-engine, rear-wheel-drive car weighing as little as 790 kilograms (1,742 pounds).