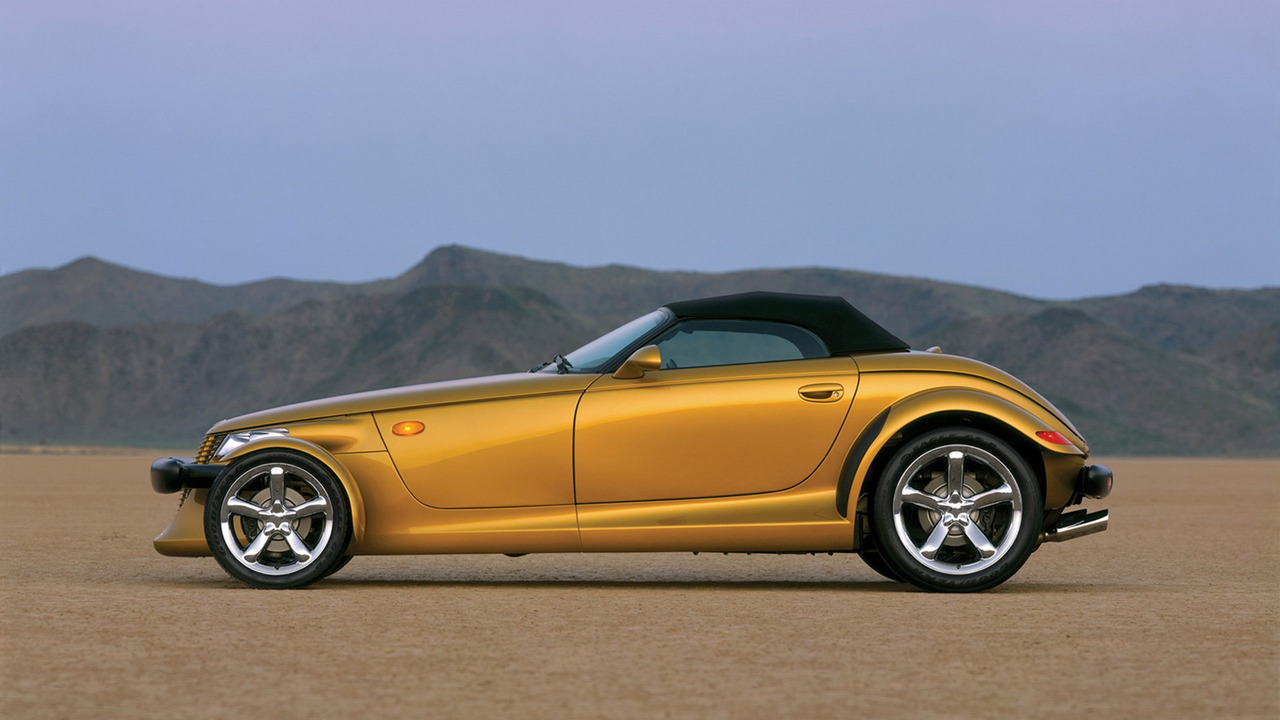 Based on a concept from 1993 with the same name, the Prowler was a retro-styled, two-seat sports car, initially manufactured by Plymouth and then assembled by Chrysler.

Production started in 1997 in Michigan, when the car was labeled as Plymouth. Four years later, following the demise of the brand, the Prowler was marketed as Chrysler until early 2002, when the last example rolled of the assembly lines after production run of 11,700 units.

Built around an aluminum construction, the car had a 3.5-liter SOCH V6 engine with 214 horsepower (160 kilowatts), sending power to the rear wheels through a four-speed automatic gearbox. In 1999 the unit was replaced by a more powerful motor with 253 hp (189 kW).

Well, let’s face it – it was not a beautiful car. Original – yes, but not really attractive. It was inspired, if not plagiarized, by a retro roadster design by the famous Chip Foose, and planned as a modern-day hotrod.

However, the Prowler was never actually one. A classic hotrod needs V8 power with way more than 250 hp, and three pedals - while a manual gearbox was never available for the Prowler. 295-millimeter wide rear tires? For 250 hp? Come on, Dodge currently puts 275s on its 707-horsepower Hellcat twins…

Not only it wasn’t very powerful and fun-to-drive car, but it was also very unpractical – the trunk was so small that Chrysler dealers even offered a Prowler-based trailer with similar styling and wheels. An expensive ($5,000) option, by the way.

Speaking of prices, Chrysler had a really weird pricing strategy for the Prowler. Without giving the model any major improvements over the years, the company increased the price for every model year. Shortly after its debut, the Prowler was launched on the market starting at $38,300 and two years later the price was already $43,000. During the last months of production it jumped again to $44,625.

In a decade of truly fantastic sports car, like the Chevrolet Corvette C5, BMW M5 (E39), and Honda NSX, the Prowler was a car that promised much, but delivered little – underpowered, weird-looking, and relatively expensive for an entry-level sports car. All that coming from a manufacturer that produced some of the most iconic muscle cars of the late ‘60s and early ‘70s. Oh, how the mighty have fallen…

As evidenced by Jnco jeans and the Tomagotchi, the late 1990s was a weird time. Was the Plymouth Prowler the world's finest sports car? Nope. But it did speak to a corporate will to try new things, and a more innovative Chrysler than at perhaps any other time in my life. Rarely do truly memorable vehicles come out of focus groups, and this roadster is nothing if not a singular vision.

Plus, if all else fails, you can probably drop an LS1 in there... Sorry MOPAR guys.