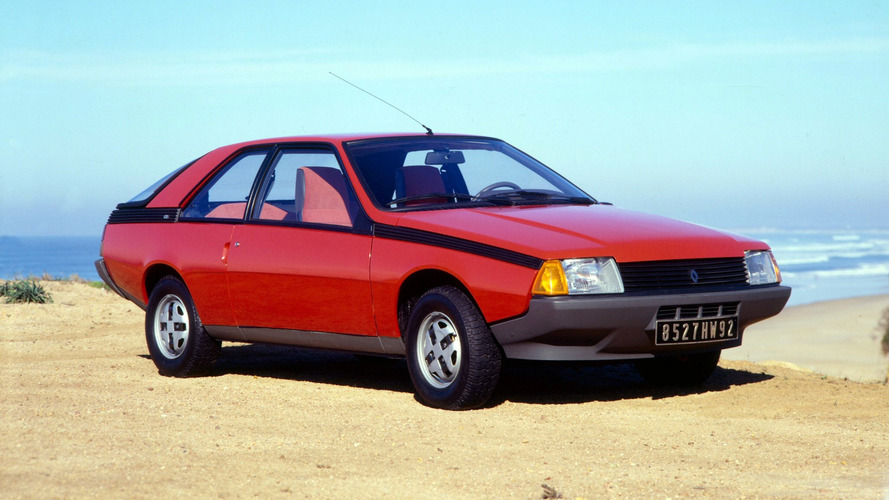 Created as a Porsche 924 for the masses, the Fuego was actually ahead of its time, for good or bad.

The Renault Fuego was the successor of the successful 15 and 17 coupes from the 1970s, and the predecessor of the modern-day Laguna Coupe. Simply said, a sports coupe with two doors and room for four passengers.

Production began in 1979 in Maubeuge, France, and a year later two more plants started assembling the car – one more in France and one in Palencia, Spain. European production continued until 1986, while Renault Argentina manufactured the Fuego until 1995.

The Fuego was based on the Renault 18 sedan and used its platform, featuring front-engine, front-wheel-drive layout. The two cars shared the same floorpan and engines, however, the front suspension was different and was sourced from the larger Renault 20 - an independent MacPherson strut and coil spring setup, with an anti-roll bar added to flatten cornering.

A total of six different motors were available depending on the market – starting from the base 1.4 petrol in Europe and including one turbo petrol unit and a diesel. A five-speed manual and an automatic transmissions were offered.

No, definitely it wasn’t the worst sports car of all time. But it wasn’t very good either, mostly because of its layout. In the 1980s many manufacturers were producing really hot compact coupes with RWD – including BMW, Opel, Ford, and more. But Renault decided to rely on FWD architecture – and this was their biggest mistake.

When the car was launched in the United States by American Motors Corporation (AMC), its advertising campaign was linked to the famous Formula 1 driver Alain Prost and Renault’s efforts in the series. But in reality, the coupe was desperately slow – even the turbo version was able to cover the 0-60 miles per hour (0-98 kilometers per hour) sprint in more than 10 seconds. The top speed of only 110 mph (177 kph) wasn’t impressive either. Not only that, but road holding wasn’t good on curvy roads. Oh, and drum rear brakes on an 80s sports car… come on!

Renault tried to improve the situation with the launch of a facelifted Fuego in 1984, which brought a new 2.2-liter engine with… well, 110 horsepower (82 kilowatts), only three more than the Fuego Turbo in American specification. That move made the turbo version somewhat redundant and most of the customers were confused – why would someone pay thousands more for a car with only a bit more power?

Despite its innovations like remote keyless system with central locking and steering wheel-mounted audio controls, soon after its market launch the Fuego developed a reputation of undesirable car, mostly because of its reliability issues. Poor spare parts availability didn’t boost consumer confidence either, and the Fuego soon became a common sight on the second-hand market.

Renault has often been ahead of the curve. It invented the family-size hatchback when the R16 was launched in 1965, for instance. The R5 was the first true supermini. And it adopted front-wheel-drive across its range long before the rest of the industry caught up.

Yes, the Fuego's main rivals were rear-wheel-drive when it was launched, but by the end of its run, all of those rivals had been replaced by FWD cars. Renault knew which way the wind was blowing. And so what if the Fuego wasn't much fun to drive? It looked good and that was all that mattered.