The 2020 Acura NSX Is Even Better At Its Base Price 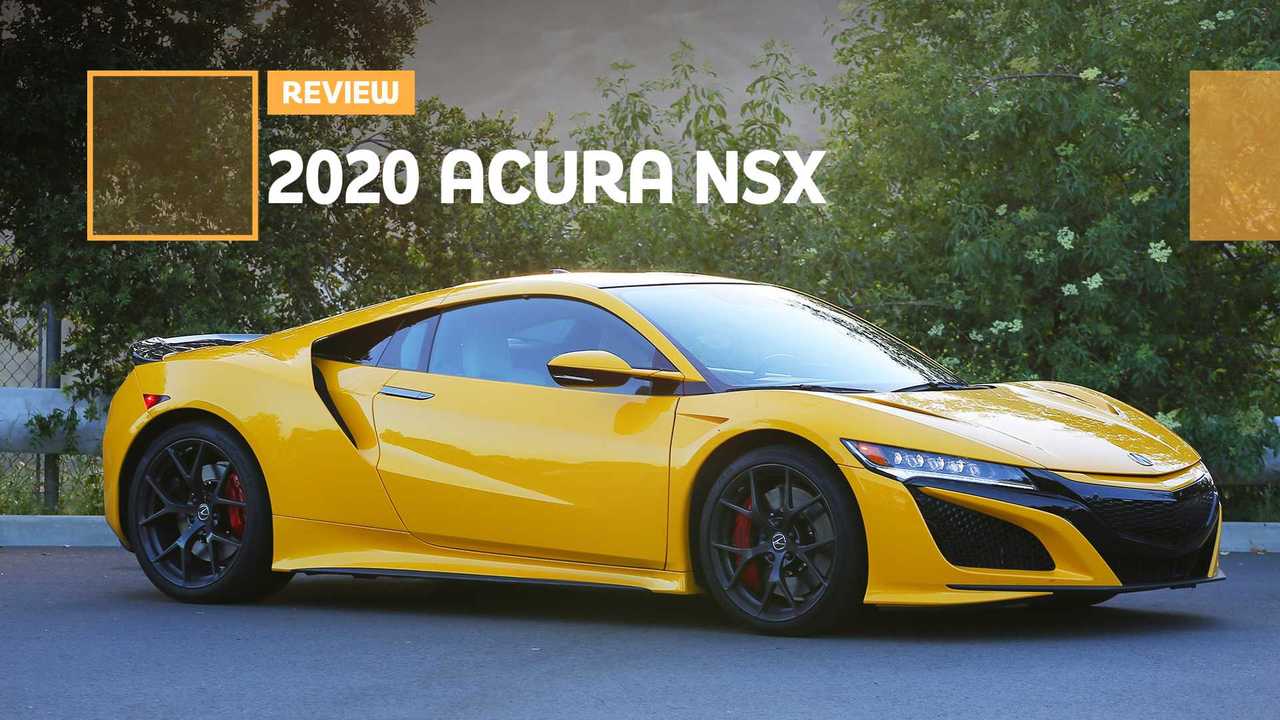 One week with a bare-bones NSX shows that it’s the way to go.

It’s easy to be flippant about money when evaluating supercars. With option packages and performance upgrades regularly costing five figures, the value discussion (if there is one when buying a supercar) tends to fly out the window pretty quickly. But with so many phenomenal performance vehicles out there – and, of course, a certain mid-engined product from Chevrolet now out in the world – money can make a real difference.

A Quick Configurator Does The Trick

Going light on options doesn’t rob you of any capability, either. The only performance difference between a loaded NSX and the car we drove are the optional carbon ceramic brakes. We concede that they do save an impressive 51 pounds of unsprung weight and can take a serious beating. But the standard iron brakes on this tester rise to the occasion, making the ceramics seem unworthy of their price. Every other major driving component, like the engine, transmission, all-wheel drive system, suspension, and tires, is exactly the same. There is a lot to love here, and it all comes without ticking a single option box.

The $33,000 or so in options that it takes to load up an NSX are mostly aesthetic and don’t do enough to justify their cost. There are four carbon fiber “lightweight” options – roof, engine cover, rear diffuser, and interior trim – that add up to $21,100, yet they collectively save only 16 pounds. There are some pricey metallic paint options and different wheels, but we’re A-ok with our cheaper $1,000 Indy Yellow paint and gorgeous standard Y-spoke wheels. There’s a trend here, now that we’ve driven loaded NSX models in the past and now this more conservative spec. The options Acura offers don’t make the car any better; they just make it different.

Price aside, the Acura NSX is a phenomenal car to experience on the road. This hybrid, mid-engined monster can sneak around town silently and slice up a canyon road minutes later. And even though driving the NSX is Civic-simple, the powertrain that lives in it is anything but straightforward. Behind the cabin sits a twin-turbocharged 3.5-liter V6. This pairs with one direct-drive rear electric motor and twin electric motors up front to produce a total system output of 573 horsepower and 476 pound-feet.

But to only focus on power is doing it a major disservice – something you find out the very first time you activate Sport Plus mode. In this setting, the car won’t switch to EV-only mode and keeps the V6 on its toes ready to play. The steering and suspension also muscle up, adding a bit more visceral feedback for the driver. Put into practice around some of Los Angeles’s best canyon roads, the NSX dazzled with its ability to put the power down and always felt controlled and balanced.

With electric torque available virtually anywhere in the powerband, the all-wheel drive system shuffles power between the wheels with expert precision. Grip levels are Nissan GT-R–good, and that’s about the highest compliment one can give. During the occasional stretch of turn-free tarmac, the V6 took center stage surging the NSX forward with truly eye-widening pace. Nearly 600 horsepower is more common than ever before, but that is still a phenomenal amount of power, which the NSX uses to great effect. Once again thank the standard all-wheel drive and complex hybrid powertrain, which makes the Acura feel that much more grippy when on the gas.

Managing all the power is a nine-speed dual-clutch transmission that goes mostly unnoticed. It’s fast and smooth but feels a step down in responsiveness relative to Porsche’s celebrated dual-clutch gearbox. And to answer the $10,600 question directly: the standard brakes are more than enough for even aggressive driving and stay squeak-free even when cold. They bite much later in the brake pedal than the optional ceramics, but that actually makes them easier to control on the road.

With some degree of irony, our biggest compliment for the NSX – even after several joyful canyon runs – is its livability. This also happens to be its biggest flaw. We and plenty of others acknowledge the Acura as the most daily-drivable supercar available, but that accessibility is not what everyone craves in their special occasion car.

Over our week spent with the NSX, passenger reactions all followed a very similar pattern: “wow, look at that color … wow, this is so comfortable.” And it’s true. In its default Sport mode, the Acura is profoundly easy to live with and oh-so-forgiving on the road. This car could sit down its main rivals from Audi, Porsche, and McLaren and teach a masterclass on ride quality. That’s not the result of some trick optional suspension, either. The NSX comes standard out of the box with this level of refinement. Visibility is excellent, the seats are well-bolstered, the air conditioning is sublime, and the trunk is big enough to accommodate your average grocery run (as long as you’re not low on toilet paper). These features don’t make the NSX any less super, they just make it a better car.

We recently reported on leaked internal Acura documents that show the NSX will live on through at least the 2022 model year. Other reports seem to confirm that there isn’t a hotter NSX Type S or Type R model in the works, either. With more powerful Corvette models coming, in addition to new cars from Porsche and McLaren, the NSX will have to work even harder to justify its place in the supercar world.

Our week with 2020 NSX was a great reminder that this car deserves to have its name remain in contention, even amid newer competition. Rather than hear about how the NSX doesn’t stack up in the $200,000 world, we offer a different solution. The most enjoyable parts of the car – the insane grip and instant acceleration through corners, along with bar-setting everyday comfort – all come standard. So ditch the options and you’re left with the absolute best version of Acura’s halo car for far less money.

Special thanks to Adam Domenici Photography for the photos.