The hybrid supercar that can be as docile as a Civic or as ferocious as a Ferrari.

Ah, the “everyday supercar.” The original Acura NSX is arguably the progenitor of this phrase, the first of its kind to combine balls-out performance with amenities and drivability that wouldn’t kill you in the city.

But these days, most supercars are at least a little bit amicable in everyday use. The Audi R8 feels like an A4 when you’re running errands. A McLaren 570S has one of the most compliant fast-car suspensions around. A Lamborghini Huracan doesn’t make a ton of noise below 3,000 rpm. So with the rebirth of NSX, resting on its laurels of offering “everyday” drivability simply won’t cut it. Don’t get me wrong, it’s very good at the day-to-day stuff. But there’s a whole lot more to love, as well.

Doesn’t suck in traffic. An hour behind the wheel of the NSX and I’ve traveled less than six miles. Welcome to Los Angeles. But it’s cool, I’ve got comfortable chairs, a lovely sound system, quiet confines, and great visibility of the world around me (for a low-slung supercar, anyway). Plus, with the car working in its standard hybrid mode, it’s quiet and civilized when I’m slowly moving from traffic light to traffic light. The steering is relatively light and direct in action when I’m just putzing along side streets. Honestly, at speeds below 40 miles per hour, this imposing NSX is as friendly to drive as an Accord.

But then you open it up, and... Holy shit. Turn the drive mode dial over to Sport and the NSX wakes up, the brute force of its turbo 3.5-liter V6 and three electric motors delivering all 573 horsepower with immediacy. Acceleration down a highway on-ramp is violent in its delivery, and thrilling in its execution. Docile and civilized around town it may be, but it’s reassuring to know the NSX is ready to release the hounds at the drop of a hat.

Go find the good roads. The harder you drive this car, the more it rewards you. Dial up Sport+ mode, enjoy the razor-sharp steering response and knife-like turn-in. Feel the massive grip from the staggered Pirelli tires (245/35ZR19 up front, 305/30ZR20 at the rear), and enjoy the stability of through-the-road all-wheel drive (two electric motors power the front wheels, the hybrid V6 drives the rear). Honestly, I disagree with my colleagues who’ve said the NSX feels a little too meh at the limit. Yes, there’s a lot of technology at work here, but it still drives like a champ.

Looks like sex. Humblebrag: I’ve driven a lot of supercars lately. But nothing grabs the attention of onlookers quite like the NSX, even here in glitzy SoCal. Driving past a guy taking a picture of his girlfriend against the backdrop of the Hollywood sign, he moved his iPhone at the last minute to instead snap a photo of the Acura, much to his gal’s anger. Hey, I can’t blame the guy. The Hollywood sign will always be there. Seeing an NSX – even out here – is a rare and excellent occurrence. 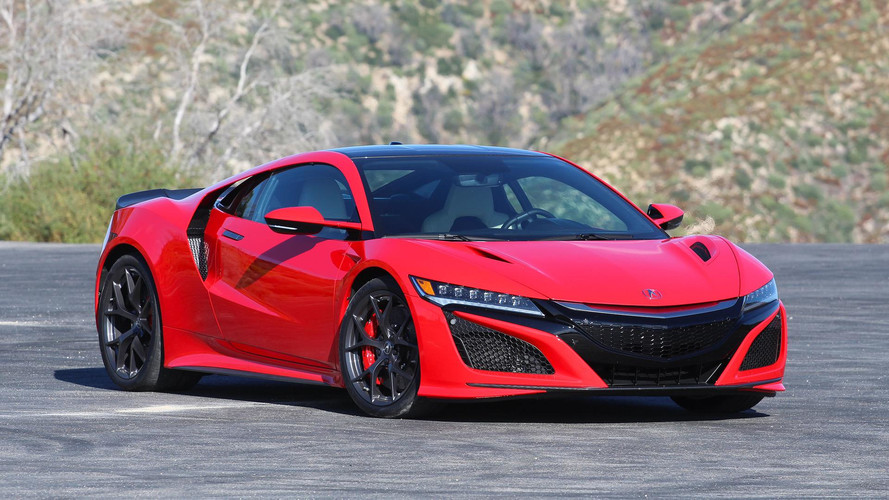 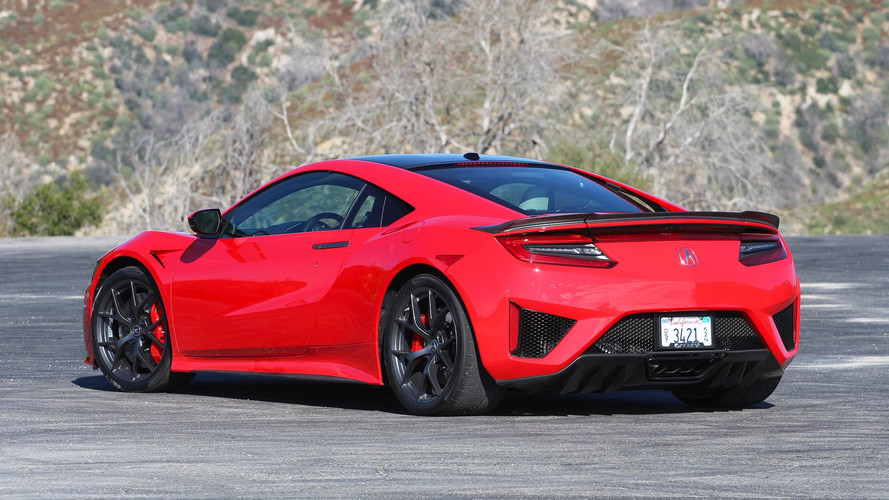 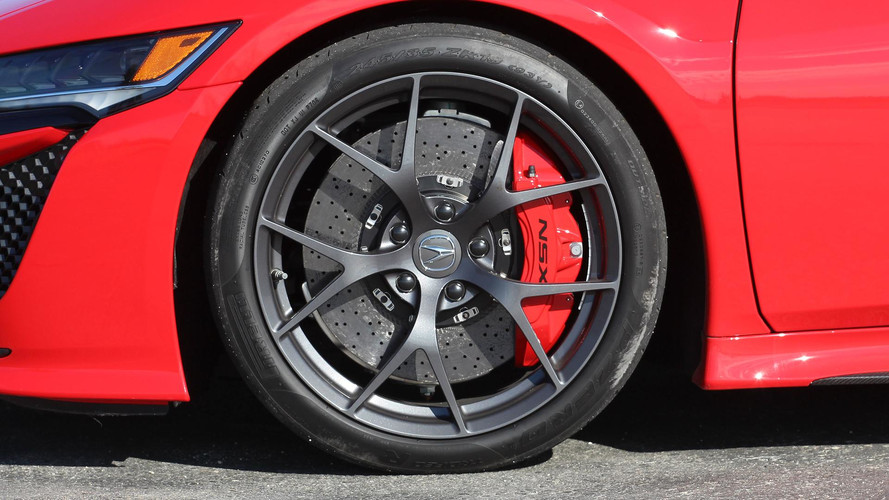 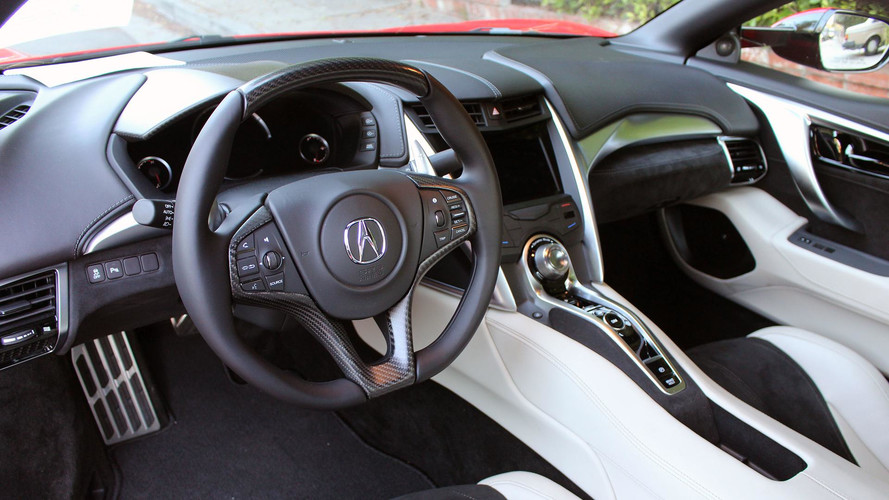 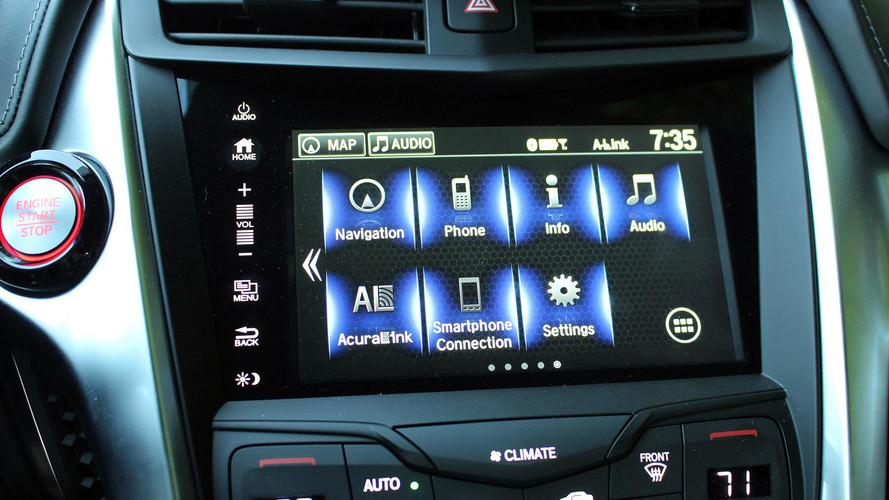 Too much Civic in my supercar. I’m basically a pro at using the infotainment, climate system, and other controls found inside the NSX. That’s not me bragging about how I’m super smart, it’s because pretty much all of these functions are carryover from the Honda/Acura parts bin. The NSX has the same infotainment system as a $18,000 Fit hatchback. Except the Fit has a volume knob. Hmph.

Needs a lift. The first thing I do whenever I get a loan of a supercar? Figure out how to raise the front end. Most of the high-dollar competitors listed below offer this kind of technology, which is a godsend for driveways, speedbumps, and other times when you might find less-than-great pavement. Unfortunately, the NSX rides very low to the ground and doesn’t offer a lift for its front end. Be careful.