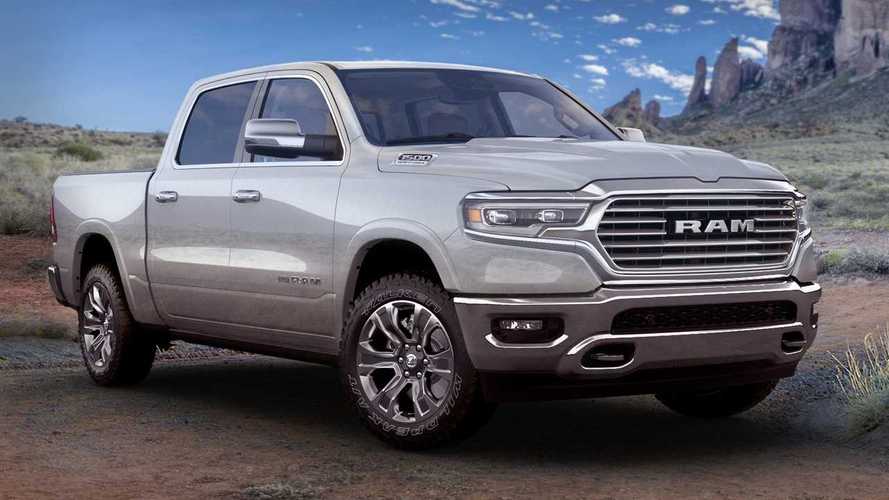 Laramie is out, Limited is in.

It's been 10 years since you officially heard the name Dodge Ram referencing a brand new pickup truck. That hasn't stopped many people from still calling the trucks Dodge, but Ram being a standalone brand has been rather successful for FCA. To celebrate that 10-year milestone – and because Ram loves to sell special-edition vehicles – you can now order up a 1500 Limited Longhorn 10th Anniversary Edition.

"The new 2021 Ram 1500 Limited Longhorn 10th Anniversary Edition is a tip of the Stetson to 10 years as a stand-alone brand building the best trucks, featuring the ultimate combination of capability, luxury, and refinement,” said Mike Koval Jr., Head of Ram Brand. "Truck buyers in this rarified air expect to see and feel the highest quality materials, and the Limited Longhorn 10th Anniversary Edition is another example of how we deliver the most luxurious pickups in the industry."

What exactly does rarified air mean here? For starters, the Longhorn is no longer a Laramie. The special leather-endowed Longhorn edition is part of the Limted family now, which means even more real wood, chrome, and yes, leather. In short, it falls in line with previous Longhorn trucks, but the 10th Anniversary Edition takes the 1500 a step further. It's a special package to the Longhorn that adds a special instrument cluster badge and graphie, a gloss black shifter cap, metal pedals, and naturally, an antique-style badge stamped into the center console. It's everything a special edition needs.

Ram doesn't say how many 10th Anniversary Edition models will be built, but they are available with either the 5.7-liter Hemi V8 engine, or the 3.0-liter EcoDiesel. Crew Cab is the only configuration offered, but it can be paired with either the 5.5-foot or 6.5-foot bed. The trucks are available for sale right now, but be prepared to shell out lots of green for all that brown leather. Pricing starts at $56,870 plus another $1,695 for destination charges.