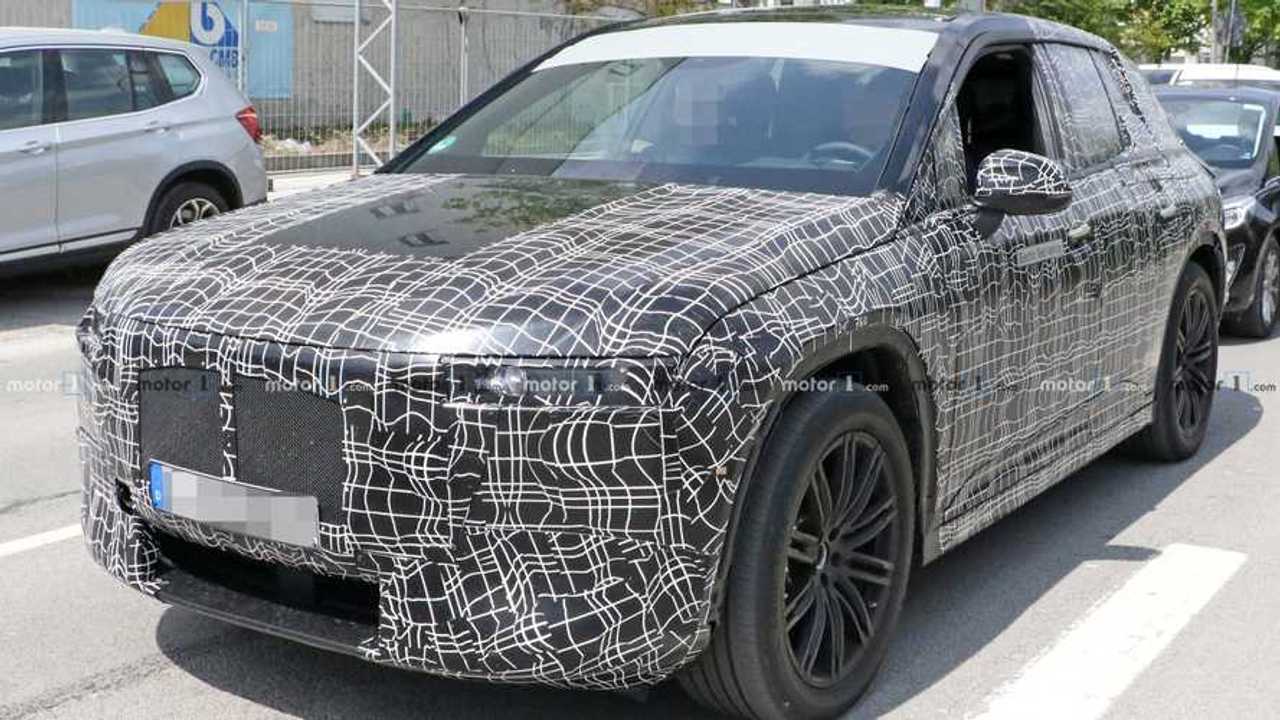 Is that an iNext badge we see on the steering wheel?

BMW's next electric vehicle, which will likely be named either the i5 or, appropriately enough, the iNEXT, was spied during testing. These photos don't reveal a lot about the exterior styling of the upcoming electrified crossover, but we do have our first look at the interior of the new BMW.

At this point, we have absolutely no details about the powertrain in this new vehicle. All we have are these excellent close-up photos from our spy photographer.

BMW Previews iX3, i4 And iNext EVs In Cold-Weather Teaser
⠀

Despite the heavily camouflaged front and rear end of the i5/iNEXT, we can more or less clearly see the slim LED headlights, which are evocative of the current i8. Given that this is, after all, a BMW, some familial resemblance to existing BMW i models is to be expected.

In addition, we can make out the general roofline and overall shape of the upcoming crossover. There aren't any surprises here – its silhouette looks very similar to BMW's current crossover/SAV lineup.

Speaking of a family resemblance, the dashboard, seen here in the first-ever interior spy photos of the upcoming vehicle, show a dashboard layout that is somewhat evocative of the i3. Of course, this is a very early mockup, with very little in the way of the interior finalized. With a few subtle changes, the inside of the i5/iNEXT could end up looking a lot more like the interior of the X5.

Back to the naming issue – while we've gotten used to referring to this project as either the i5 or the iNEXT, the steering wheel appears to say "iNEXT" on it if you look closely. It's a small, blue, rhombus-shaped badge placed below the poorly-disguised BMW emblem.

We may not have much to to go on besides a name and a basic shape, but given the new vehicle's projected 2021 debut, we expect that we'll be seeing it take shape within the next few months.