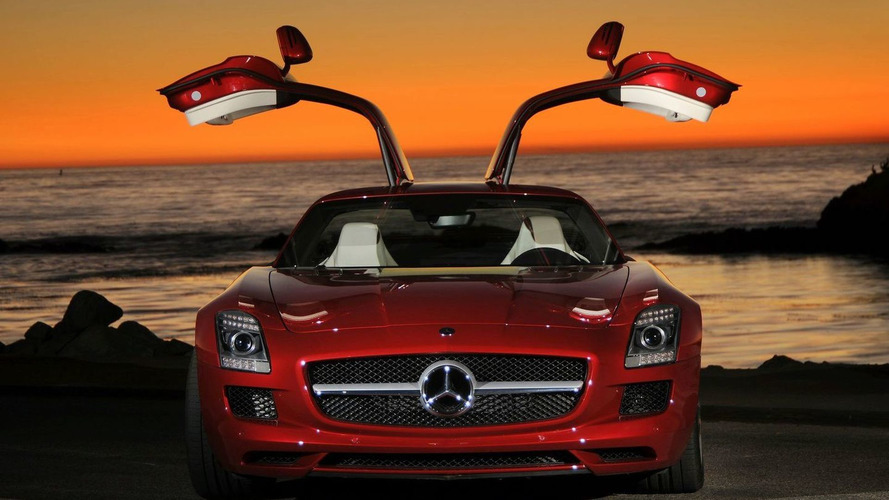 After years of speculation, Mercedes has confirmed plans to build an SLS AMG Black Series.

After years of speculation, Mercedes has confirmed plans to build an SLS AMG Black Series.

Speaking with Motor Trend, Tobias Moers - Director of Vehicle Development at Mercedes-AMG GmbH - said "We absolutely have to do a Black Series" of the SLS.  He declined to give additional information, but previous reports have indicated the car could have a revised 6.3-liter (6,208cc) V8 engine with approximately 600 hp (447 kW / 608 PS) and 677 Nm (499 lb-ft) of torque.

Tobias also said the SLS AMG GT3 won't be coming to America and the company hasn't decided if the 2013 SLS AMG E-Cell will make the transatlantic trip either. The latter bit of information is surprising, but the company could be playing coy in an attempt to build up excitement.