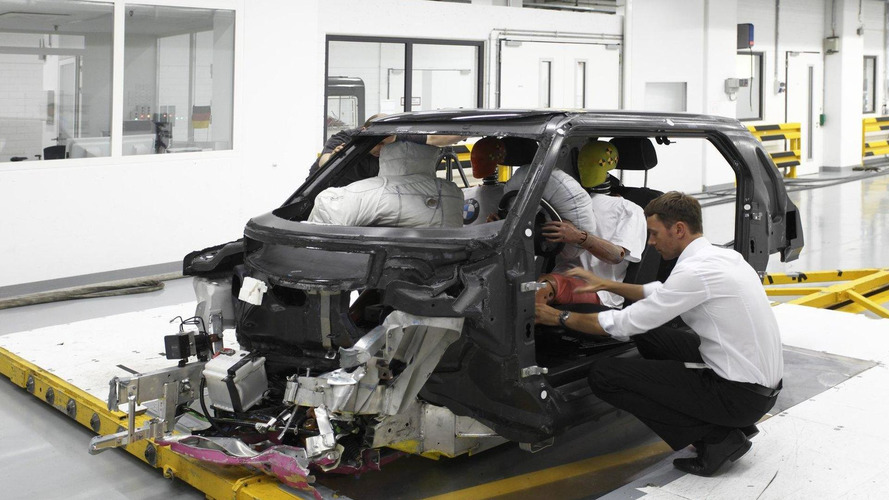 After years of speculation, BMW has officially announced plans to introduce their new sub-brand on Monday, February 21st.

After years of speculation, BMW has officially announced plans to introduce their new sub-brand on Monday, February 21st.

While the company is staying coy on details, the new 'i-Setta' brand will be launched with the highly-anticipated 2013 Megacity. It will measure approximately four meters long and have a lightweight carbon fiber reinforced plastic (CFRP) body that weighs 250 to 350 kilograms (551 to 772 pounds) less than a conventional steel body.

As we have previously reported, the Megacity will feature the same powertrain as the 2012 BMW ActiveE. This means motivation will be provided by a lithium-ion battery which sends power to an electric motor that produces 170 hp (127 kW / 172 PS) and 184 lb-ft (249 Nm) of torque.  Megacity specifications haven't been released, but the ActiveE can accelerate from 0-60 mph in under nine seconds, hit a top speed of approximately 90 mph (145 km/h), and travel up to 100 miles (161 km) on a single charge.

As always, stay tuned to WorldCarFans for full coverage of the announcement.