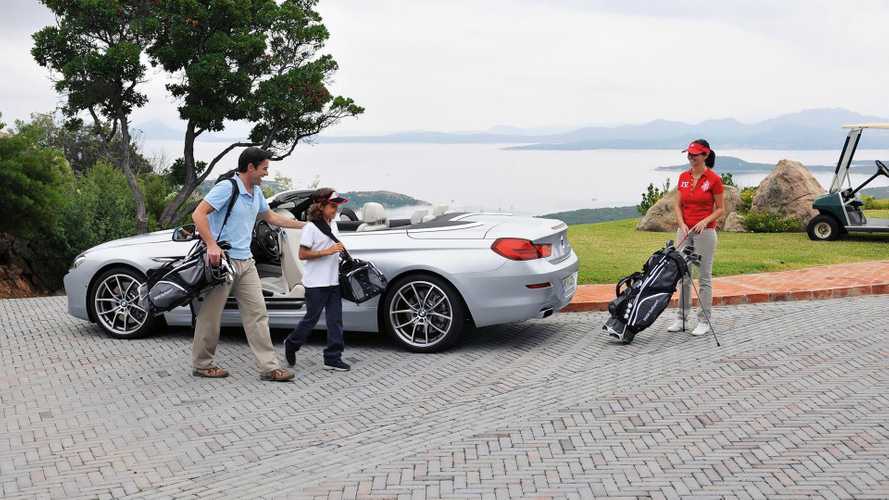 In a surprise move, BMW has officially unveiled 2011 6-Series convertible. It features an attractive design and two powerful petrol engines.

Intended as a surprise unveiling at the Los Angeles Auto Show, BMW has revealed the 2011 6-Series convertible.  However, for reasons unknown the drop-top never made it to the show. It's unfortunate given the importance of the sunny Californian market.

Drawing inspiration from the Concept 6-Series Coupe, the convertible has a long bonnet, a forward-slanted grille, xenon headlights, distinctive LED fog lights and 18-inch alloy wheels (19-inchers on the 650i). To reduce weight, BMW has retained the 6-Series' double buttress soft top which can be lowered in 19 seconds and raised in 24 seconds at speeds up to 25 mph (40 km/h).

Inside, the cabin mimics the previous 6-Series but there is a greater emphasis on material quality and driver-focused controls. Notable highlights include Dakota leather upholstery (Nappa leather with SunReflective Technology is optional) and a freestanding 10.2-inch iDrive display which can display e-mails via Bluetooth connection with a BlackBerry smartphone.

Regardless of what engine is selected, a six-speed manual is standard and eight-speed automatic is optional (some markets, such as the UK, will be automatic only).

To ensure the convertible handles like a proper BMW, engineers installed an advanced suspension which features an aluminum-intensive double wishbone front axle and a multi-link rear. Dynamic Damper Control is standard, but optional Active Roll Stabilization can further improve things to ensure flat and stable cornering. Additionally, an Integral Active Steering system is available. It combines the Active Steering system for the front axle with a new steerable rear axle which gives the 6-Series greater "high-speed stability and enhanced maneuverability for parking and city use."

Compared to its predecessor, the new 6-Series is 74mm longer, 39mm wider, and 9mm shorter. This results in a much needed increase in rear passenger room and a bigger boot which holds up to 350 liters of luggage (300 liters with the roof down).

The convertible will be launched in Europe in March and U.S. sales are slated to begin in the spring.  Prices to be announced at a later date.