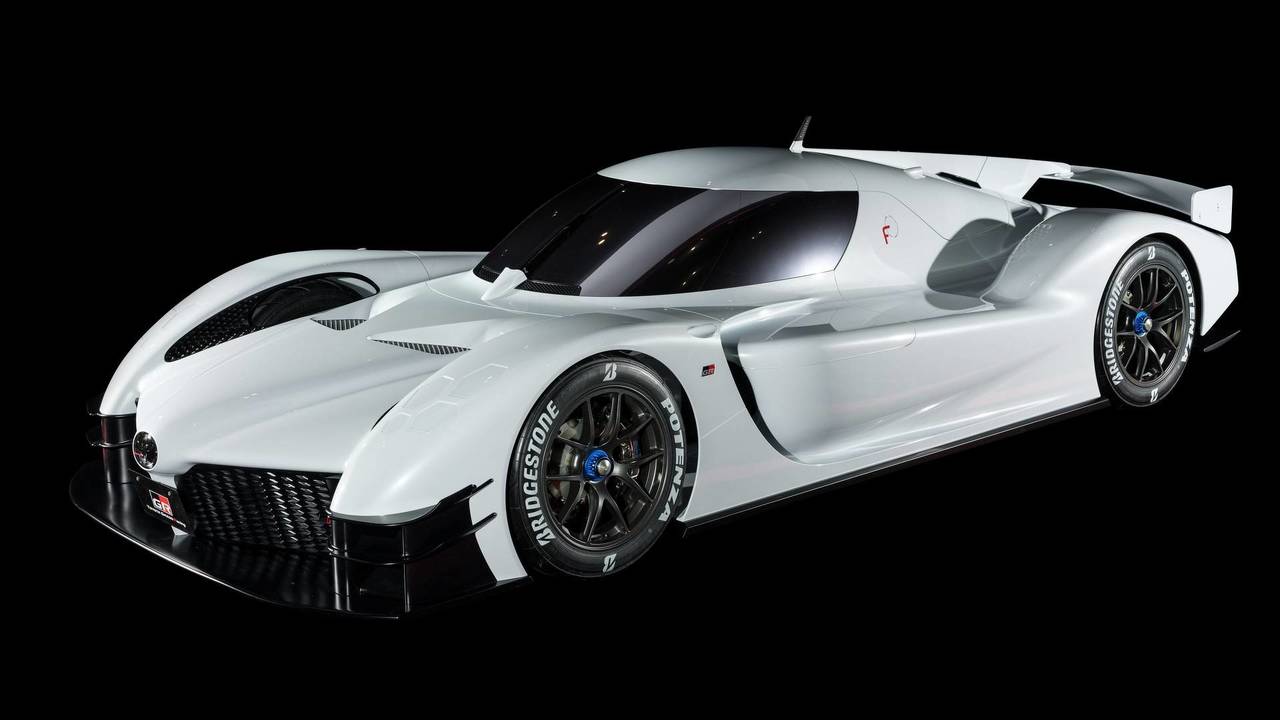 Fingers crossed it will morph into a production supercar.

Mercedes-AMG has the Project One, while Red Bull Racing and Aston Martin have the Valkyrie. These companies involved in Formula 1 have put their expertise to good use into the development of road-going supercars. Now, Toyota is about to do the same thing by banking on its expertise in the FIA World Endurance Championship (WEC) to develop the GR Super Sport.

That being said, this is officially only a concept for the time being, although Toyota through the voice of its president President Akio Toyoda has expressed its intentions towards doing a production hybrid supercar.

More On The GR Super Sport:

Getting back to the GR Super Sport at hand, the spectacular concept draws inspiration from Toyota’s LMP1 efforts, not just in terms of the exterior appearance, but also as far as the hardware is concerned. In fact, the Japanese marque mentions the showcar uses just about the same main components as the TS050 Hybrid, so it’s safe to describe it as being a race car for the road.

At the heart of the spectacular GR Super Sport is a biturbo 2.4-liter V6 engine part of a hybrid powertrain enabling a combined output of 986 horsepower (735 kilowatts). If you prefer PS, it’s a nice and round 1,000 PS. It rides on 18-inch wheels with massive 330/710 R18 tires and has the two exhaust tips mounted up high at the back where you’d normally find the rear window. Instead of conventional glass and side mirrors allowing the driver to see what’s behind, the concept has a pair of cameras and two more on the front fenders that look like they’re floating up in the air.

With a massive splitter up front and an equally large diffuser at the back, Toyota’s latest concept maximizes aerodynamic efficiency also enhanced by the full-width rear wing. The GR Super Sport looks like it’s glued to the road and has some of the biggest side air vents we have ever seen on a car engineered for public roads.

Will the concept morph into a production model? Well, Toyota mentions “it will be some time before you all have the opportunity to get behind the wheel,” but we do know the concept acts as a preview for what the company has in mind with its next generation of performance cars. Reading between the lines, the GR Super Sport could have a road-legal correspondent in one way or another at some point in the future.

TOYOTA GAZOO Racing unveils the GR Super Sport Concept, a concept car that incorporates hybrid technology honed through participation in the FIA World Endurance Championship (WEC), along with its test car, to the world today at Tokyo Auto Salon 2018.

TOYOTA GAZOO Racing aims to refine its cars and people toward the goal of making ever-better cars through participation in motorsport activities, including global and national races and rallies. The technologies and know-how acquired through such activities are subsequently fed back into new production vehicles. In Japan, orders for the Vitz GRMN, a limited edition model that stands at the pinnacle of the GR sports car series, are scheduled to be taken starting in April. It was developed by incorporating learnings from the Vitz as it underwent road testing at Nürburgring, which is said to be the world's most grueling course, and through its tackling of the Japanese Rally Championship.

Furthermore, Toyota's continued participation in the WEC is seen as a highly beneficial and necessary project in terms of developing cutting-edge hybrid systems and electrified vehicle (EV) systems. Fuel economy-enhancing technologies and other developments gained through such tough technological competitions are already being fed back into production vehicles. The newly revealed GR Super Sport Concept is composed of mostly the same main parts as the TS050 Hybrid race car that competes in the WEC. Beneath the beautifully flowing and original form are a V6 twin turbocharger and a Toyota Hybrid System-Racing (THS-R) powertrain, which have been honed through actual racing. With its high-efficiency EV system and lean-burn engine, this next-generation super sports car is set to deliver both ultimate power and environmental performance.

"Rather than developing production cars into sports cars, we aim to work out how to incorporate the know-how developed through races and rallies into production cars amid various restrictions, and this is how competing contributes to TOYOTA GAZOO Racing's efforts toward making ever-better cars. Thus, this is the starting point for Toyota's completely new challenge to develop sports cars from active race cars. Although it will be some time before you all have the opportunity to get behind the wheel, I hope that the GR Super Sport Concept will give you a taste of what we aim to achieve with our next-generation sports cars.

At the end of last year, following the announcement that Toyota would continue competing in the WEC, President Akio Toyoda commented that 'more than 100 years have passed since the birth of the automobile. As the industry approaches times of tremendous change, I am strongly determined to make sure that cars will be fun for the next 100 years.' At CES 2018, held in the United States at the beginning of the year, the e-Palette Concept was revealed as a new shared mobility model for communities. If the e-Palette Concept is the next generation of the horse-drawn carriage, the GR Super Sport Concept would be the polar opposite as the next-generation racehorse. Its appeal is more personal, like that of a much-loved horse to its owner. Despite the differences between the two concept models, both are electrified vehicles equipped with the latest IT technologies and are set to become safe and environmentally friendly connected cars.

Even as electrification and IT techonologies accelerate, the availability of different types of cars, including polar opposite models like the GR Super Sport Concept and the e-Palette Concept, means that they will never become a commodity. Furthermore, it is an unchanging fact that people want to travel freely, access distant places, and to get there quicker than everyone else in attractive vehicles. The feelings that one has for a car that can do all this are rich and heart-pounding.

Although our challenge to make 'cars that will be fun' for the next 100 years has just begun, TOYOTA GAZOO Racing aims to continue making exciting cars to bring smiles to our customers' faces and to contribute to the future of the automobile industry. We look forward to your continued support in achieving this aim."