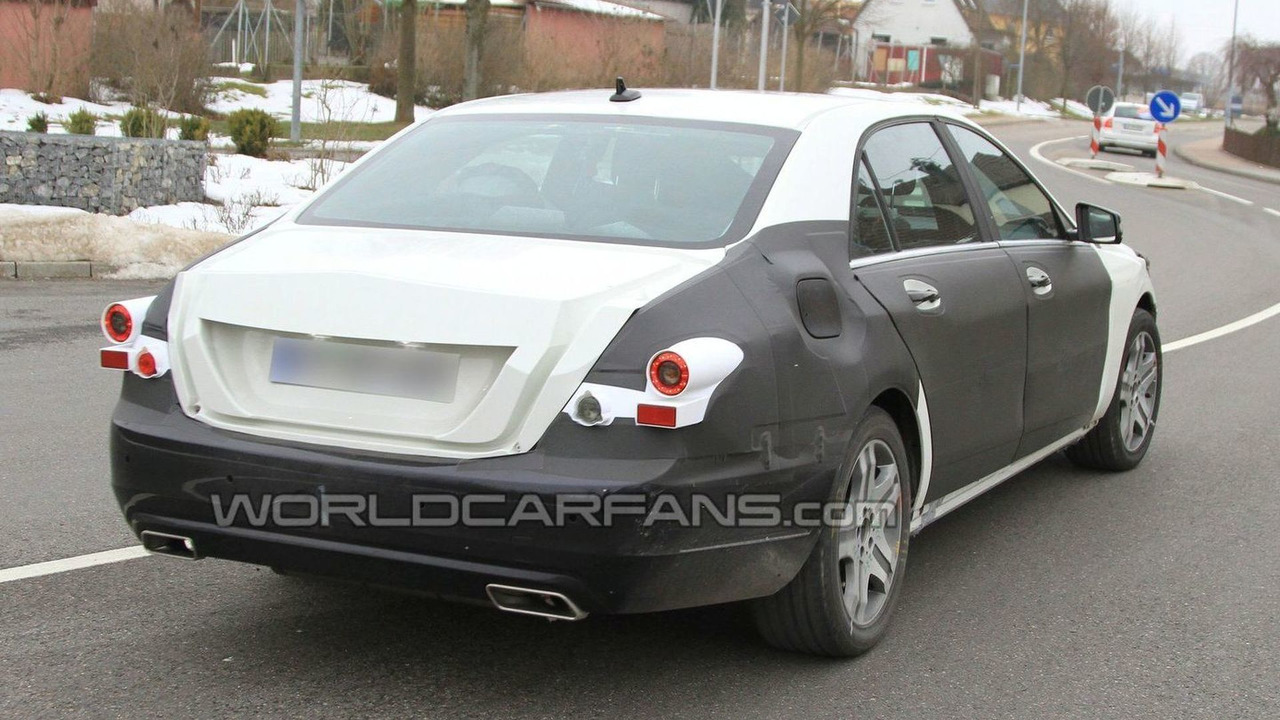 Our spies have caught a 2013 Mercedes S-Class undergoing testing in Germany. See the pictures inside

In its earliest stages of development spies have caught a 2013 Mercedes S-Class mule undergoing testing in Germany.

While the car is heavily camouflaged, it appears a little wider and longer than the current S-Class. Regardless, styling is expected to be influenced by the F700 concept of 2007.

Under the hood, we can expect Mercedes to introduce the new ‘MoVe' (modular V-6 and V-8) engines. While details are limited, the engines will feature direct injection and turbochargers. As previewed by the Vision S 500 plug-in hybrid concept, Mercedes will offer an S-Class plug-in hybrid that will be able to accelerate from 0-100 km/h in less than six seconds while averaging at least 70 mpg (3.3 liters/100km).