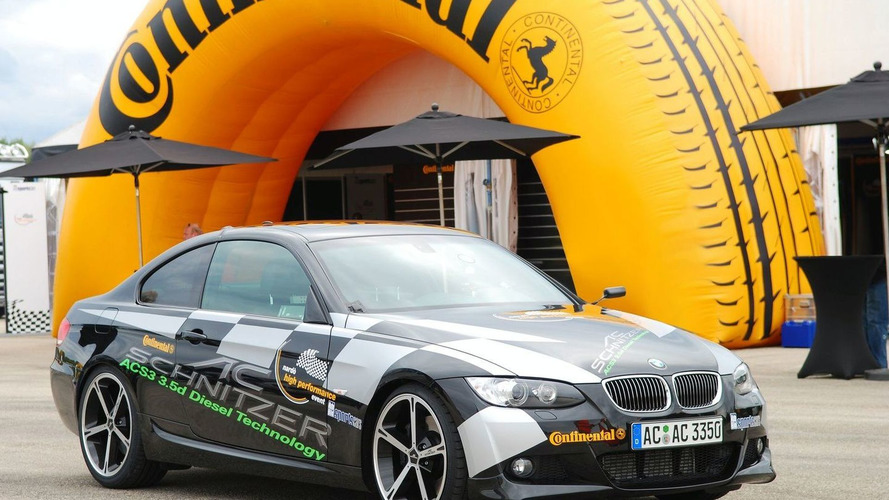 An ACS3 3.5d Coupe has broken the world diesel speed record, at the Nardo test track in southern Italy.

While the company declined to release technical specifications, AC Schnitzer's website says the 335d can be tuned to produce 228 kW (310 hp).

As you may recall, AC Schnitzer is no stranger to setting world records. In 2006, they built the world's fastest road-legal BMW (dubbed the TENSION). A year later, the GP3.10 was crowned the world's fastest LPG-powered vehicle (it hit a top speed of 318.1 km/h).