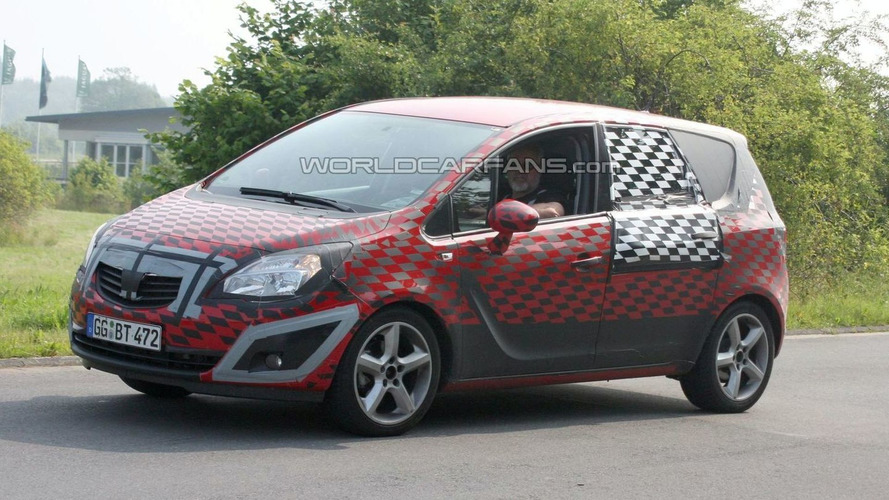 While still camouflaged, the Mervia prototype bears a strong family resemblance to Opel's new Insignia and Astra thanks to a similar lower side body design. Elsewhere, the spy photos also reveal the car's new headlights which help to give the Mervia's front end a dynamic appearance. Although the rear door is heavily camouflaged, it is clear the new MPV will feature a unique rearward opening FlexDoor system which was first previewed on the Meriva Concept which debuted at last year's Geneva Motor Show.

Engine options will likely mirror that of those offered on the new Astra. This means we can expect the Meriva will feature a naturally aspirated 1.4-liter engine as well as a turbocharged 1.4-liter with 140PS. On the diesel side, the Mervia will likely offer up to four different Euro5 compliant engines with outputs ranging from 95PS to 160PS.

Look for the new Mervia to be officially unveiled at the Frankfurt Motor Show in September.