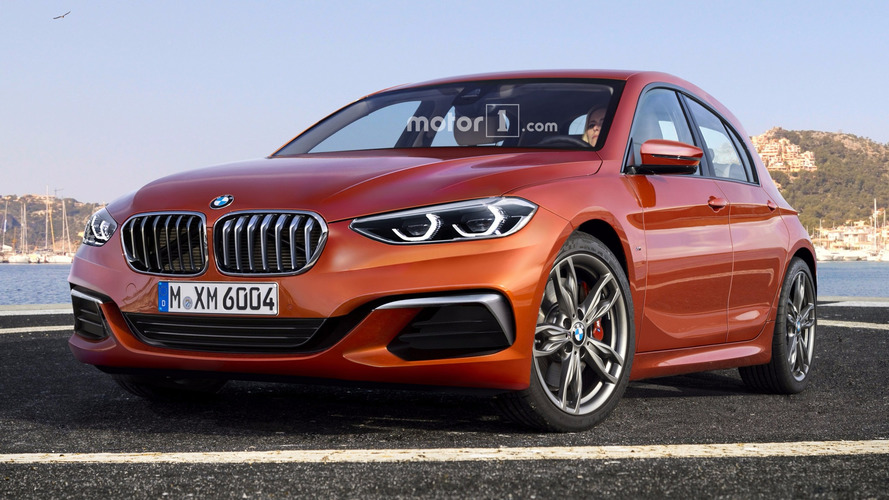 BMW's smallest car will allegedly be downgraded to a front-wheel-drive platform.

It’s pretty much safe to say the 1 Series is far from being the most attractive model in BMW’s range, but at least the massive refresh introduced in early 2015 was a huge improvement over the pre-facelift model. Work is underway at a new model, which is expected to arrive in the latter half of 2018 and go on sale as a 2019MY. The styling is said to be evolutionary in the same vein as BMW’s most recent products, so don’t be too surprised if the real deal is going to bear a strong resemblance to our speculative render.

While the styling is not expected to be all that different, some big changes will occur underneath the familiar skin. Indeed, BMW is expected to ditch the current model’s rear-wheel-drive layout and switch to a FWD platform shared with the 2-Series Active Tourer & Gran Tourer MPV duo and the Minis. It’s already happening taking into account the China-only 1 Series Sedan rides on the UKL platform. The small sedan was spotted last month on the streets of Germany, so that might have been a sign it’s Europe-bound, even though BMW keeps saying the 1 Series Sedan is a model developed strictly to cater the People’s Republic.

Believed to be codenamed “F40,” the new BMW 1 Series hatchback will be offered in three- and five-door flavors and will allegedly grow in size a little bit, so expect a more spacious cabin especially for passengers sitting in the back. Considering it will be based on the UKL platform, we already have an idea about what will power it: an assortment of three- and four-cylinder turbocharged engines borrowed from the brand’s posh people carriers. As usual, the beefier engines will be optionally available at an additional cost with the grippy xDrive AWD setup.

The switch from a RWD to a FWD layout is undoubtedly a downgrade for the “Ultimate Driving Machine,” but that won’t be a big deal for people on the look for an entry-level BMW. Why? A study published by the company back in 2010 revealed that a whopping 80 percent of 1 Series owners believed it was a FWD car...