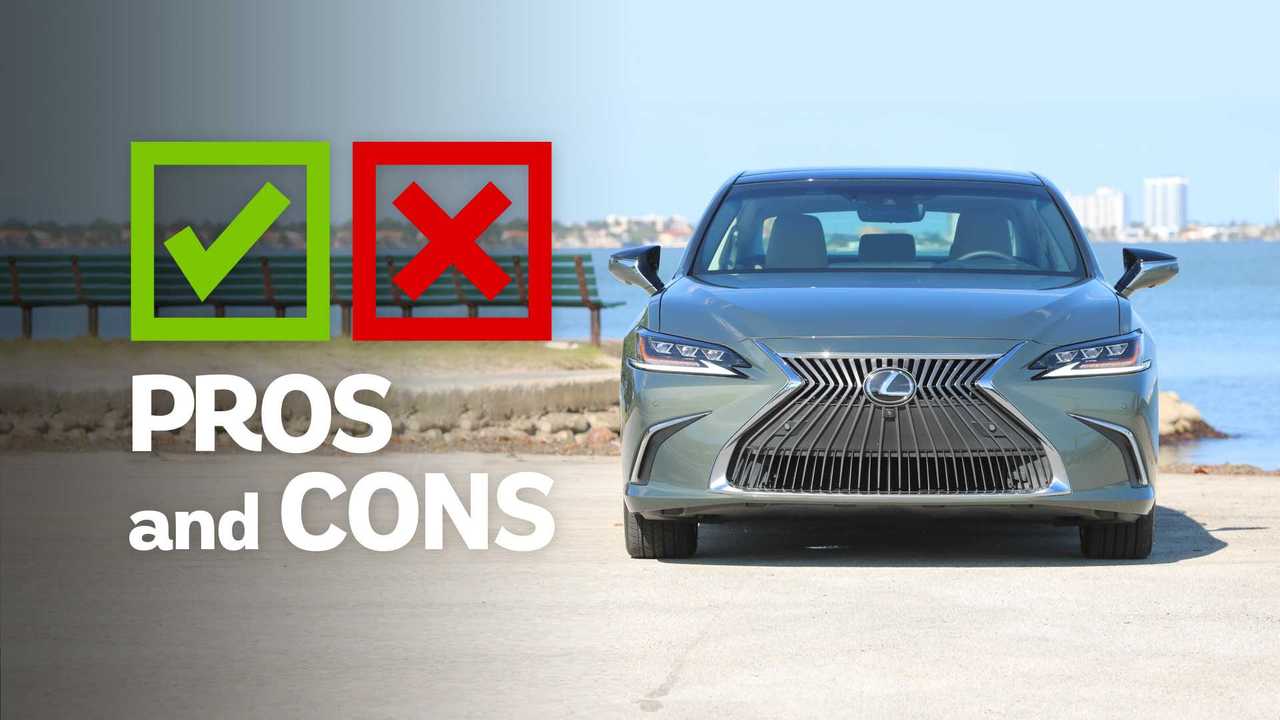 Despite harboring some of the world’s best supercars, South Florida is one of the worst places to actually drive such a vehicle. The region’s flat topography, grid-like street patterns, and heavy traffic mean that South Floridians are better off pursuing a car that favors quiet comfort over lateral or straight-line performance.

Should You Say 'Yes' To The ES?

Few cars cater better to those needs than the Lexus ES 350. Redesigned for 2019, the ES trades its predecessor’s stodgy styling for attractive new wares that hug a 2.0-inch longer wheelbase and 0.5 and 1.4-inch wider front and rear tracks. The clean and cohesive design arguably makes the latest ES the most attractive iteration of the model in its almost thirty-year history.

But the appeal of the seventh-generation ES extends beyond its looks, and the luxury sedan possesses enough positive attributes to make it worth considering over competing products from the likes of Cadillac and Lincoln. The Lexus isn’t free from demerits, though, and its handful of negative attributes may provide the ammo some consumers need to ignore the ES 350 and its 302-hp 3.5-liter V6 engine entirely.

Comfort is king in the ES 350, and the luxury sedan’s softly sprung suspension does a fantastic job of absorbing any bumps or undulations in the road. Aided by the new Global Architecture-K platform that the ES shares with the likes of the Toyota Avalon and Camry, the stiff and refined chassis limits noise, vibration, and harshness from entering the cabin. Additional refinement comes courtesy of the special performance dampers that Lexus equips on ES’s with the Ultra Luxury ($3,650) or F Sport ($4,535) packages.

The ES 350 may share its mechanical bits with lesser Toyota models, but its interior is all Lexus. High-quality materials abound, and just about everything, from the gorgeous interior door handles that protrude from the door skins like a cat’s claws to the textured steering wheel buttons, moves with a precision and weight missing in many vehicles that cost twice as much as the ES.

Adding the $2,655 Luxury package takes things a step further, as it wraps the ES 350’s cushy seats in soft leather (faux leather comes standard) and adds real wood trim on the dashboard, console, and door panels. The package also includes acoustic side glass. Factor in spacious accommodations for both the front and rear seats, as well as the Ultra Luxury package’s rear sunshades (both rear doors and the rear window), and the ES 350’s passenger compartment proves a prime place to while away miles.

This tester takes things a couple of steps further thanks to the inclusion of a $1,900 package that adds items such as a blind-spot monitor with rear-cross-traffic alert, a bevy of parking sensors, and a surround-view camera. Additionally, $1,515 worth of triple-beam LED headlights affords the ES’s front lamps a “Good” rating by the Insurance Institute of Highway Safety (IIHS) and, in turn, a Top Safety Pick+ designation. Meanwhile, the standard LED headlights earn an “Acceptable” rating – which results in a mere Top Safety Pick designation for ES models so-equipped – by the IIHS.

No matter how you slice it, the ES’s infotainment system is its Achilles heel. An 8.0-inch screen at the top of the dashboard comes standard, while a 12.3-inch screen with an in-dash navigation system is optional. Our tester features the latter unit as part of a $2,900 package that also includes a 17-speaker Mark Levinson audio system (the standard setup comes with just 10 speakers).

While the big screen’s bright and clear graphics are noteworthy, those merits are unable to overcome the infotainment system’s ergonomic flaws. Selecting on-screen functions is both confusing and difficult to do while driving, as the driver must first look at the screen to confirm the cursor’s initial location before using the touchpad to highlight the desired on-screen button.

A 7.0-inch digital gauge cluster screen affords access to certain infotainment features, however, its capabilities, as well as the information it displays, are rather limited.

Although the ES 350’s trunk measures in at 16.7 cubic feet (0.6 cubes more than its corporate cousin, the Toyota Avalon), the lack of a folding rear seatback limits the luxury sedan’s outright versatility. At least there’s a small pass-through behind the folding rear-seat armrest. That said, good luck hauling longer items, such as furniture from Ikea, in your ES.

Despite starting at a reasonable $39,600, the ES 350’s price quickly inflates with options. This ES 350’s as-tested price checks in at $53,095 thanks to aforementioned options such as the Ultra Luxury package, a blind-spot monitor and additional safety kit (rear-cross-traffic alert, parking sensors, and a 360-degree camera), a 12.3-inch infotainment screen with navigation and a premium Mark Levinson audio system, and a set of triple-beam LED headlights. Additionally, our tester includes $950 worth of 18-inch wheels and tires, a $500 10.2-inch color head-up display, a panorama sunroof for $500, and a $480 heated wood and leather steering wheel (not to mention a $1,025 destination fee).