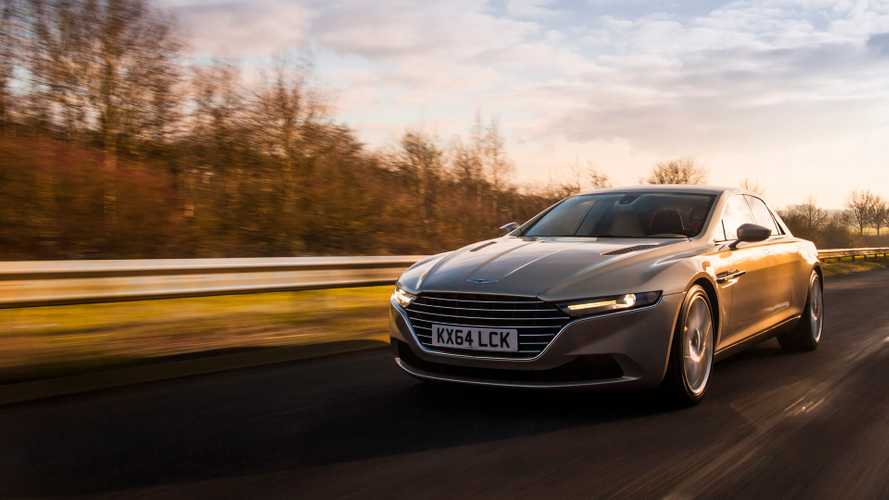 From practical European crossovers to hard-edged sports cars, here are our most popular reviews of the year.

We strive to bring you, the readers of Motor1, reviews of pretty much every new car around. And while we know many of you appreciate practical, affordable everyday cars, it’s no secret that stories about fast, sexy, exotic cars are also in high demand. It wasn’t too surprising, then, that a list of our most popular car reviews of 2016 included several tons (and thousands of horsepower) of hot metal.

It’s an ultra-expensive, ultra-exclusive conveyance that celebrates all the best bits of Aston Martin. The Lagonda Taraf is a stunning, twelve-cylinder, four-door sedan that’s both fabulously cossetting and a joy to drive. With only 150 made, it’s not likely you’ll see one anytime soon.

While Skoda isn’t coming to the U.S. market anytime soon, our French colleagues had the opportunity to test the brand’s first-ever crossover. It’s Skoda’s bid to massively grow sales across Europe, and the Kodiaq comes to the table with stark styling, a very spacious interior, and lots of high-quality materials and technologies

We said: “Well designed, the Skoda Kodiaq will certainly be appreciated by customers who want to buy a serious car at a cheaper price. And at any cost, the Kodiaq meets nearly all the criteria of European SUV buyers.”

Think the Ferrari California T is just a boulevard cruiser? Think again. As our Italian colleagues show, when fitted the Handling Speciale package, the California T has what it takes to slice and dice the best driving roads in Italy. Upgrades to the suspension, exhaust, and myriad other parts make the HS even sharper and more involving from behind the wheel.

We said: “That’s the way to have a Ferrari that you can drive as much as you want, even on longer journeys. And that’s great, even if you miss some of the excitement of a 488 or F12, because that means you can have fun for a lot more time.

The Cayman has long been one of many gems in the Porsche lineup, but the introduction of the new 718 version and its turbocharged four-cylinder engines sent enthusiasts into a tizzy. Fortunately, the switch to turbo power didn’t dilute too much of the Cayman’s essential charm. It still has incredible suspension reflexes, preternatural throttle response, and stellar balance that turns any back-road blast into driving nirvana.

We said: “As I hand back the 718 Cayman S keys for the day – how many more days until another set is handed back, I wonder – it’s clear that I want it. A natural progression of one of the world’s finest driving cars, and a day in Hill Country, has me sold.”

The latest version of the Mercedes E-Class is not simply a joy to drive, with a relaxing demeanor, compliant ride, and library-like sound deadening. It’s also a marvel of technology, with lightweight materials, a litany of clever safety innovations, and convenience features all intended to make the driver’s life easier. Add in the fact that it’s incredibly nicely designed, inside and out, and it’s tough not to enjoy driving the executive sedan.

We said: “The E-Class is a superb luxury sedan. It’s glamorous from the outside, plush on the inside, easy to drive, and packed with segment-leading technology. I emerged from every drive relaxed and with a smile on my face.”

Of course, some drivers will find the aforementioned E-Class too tame and will want a step in terms of adrenaline. The Mercedes-AMG E43 provides more power, more grip, and more excitement, but without the cost or commitment of going all the way to the new E63. It’s a modest step up that will probably satisfy plenty of shoppers who want an everyday car with a mild dose of speed.

We said: “If you find something like an E63 too hot, but need more get-up-and-go than the E300, this E43 offers a sporty-looking, fully baked AMG experience that might be your perfect bowl of porridge.”

As Lincoln works to revamp its image from staid to spectacular, perhaps no vehicle is more important than the new Continental. With a prestigious name affixed to it, the new luxury sedan needs to be a success to prove that Lincoln can compete on the world stage. While it’s not perfect, the new Lincoln proves it has the chops to impress drivers and passengers alike.

We said: “The Continental scores not so much on aiming to be the best luxury sedan on sale today, but by being something special. Some rivals are more well-rounded for the price, but very few are as memorable. And importantly, that character gives the brand relevance again.”

For how long have we heard that Alfa Romeo is coming back to the U.S.? The 4C was a great warm-up but this car, the Giulia Quadrifoglio, is real proof that Alfa is here in a big way. Gorgeous styling, a beast of a biturbocharged engine, and thrilling chassis dynamics make the new Italian sports sedan a champion on the street and on the track.

We said: “Less punishing than an M3, livelier than a C63, prettier inside and out than an ATS-V, gutsier than the Lexus RC F, Alfa’s rear-drive four-door delivers on its promise of a uniquely Italian take on driving fun.”

Some Bentley Mulsanne owners drive themselves, and others are driven by chauffeurs. But whether you sit in front or back, you’ll enjoy a car that goes far beyond your standard luxury sedan in every respect. From its outlandish cabin appointments to its silky-smooth ride, the Mulsanne is something truly special.

We said: “Whether a one-percent, dandied millionaire or part of the unwashed masses like me, you won’t mistake the Bentley Mulsanne for anything but what it is: exceptional, exclusive, and one of the finest cars money can buy.”

Rolls-Royce can sometimes have a bit of an image problem. Sure, the cars are immensely respected and admired, but the brand occasionally struggles to entice younger, hipper drivers. Enter the Wraith Black Badge, a special treatment that consists not only of unique visual parts, but also of a retuned engine and an upgraded suspension. Whether you buy it for looks or performance, the Black Badge is sure to make a statement.

We said: “It’s for the Wraith owner who wants to press on a bit on the way home from the golf course, not the enthusiast driver who wants to worry a Porsche 911 on a canyon road. It’s fun to drive but also incredibly plush and calm.”